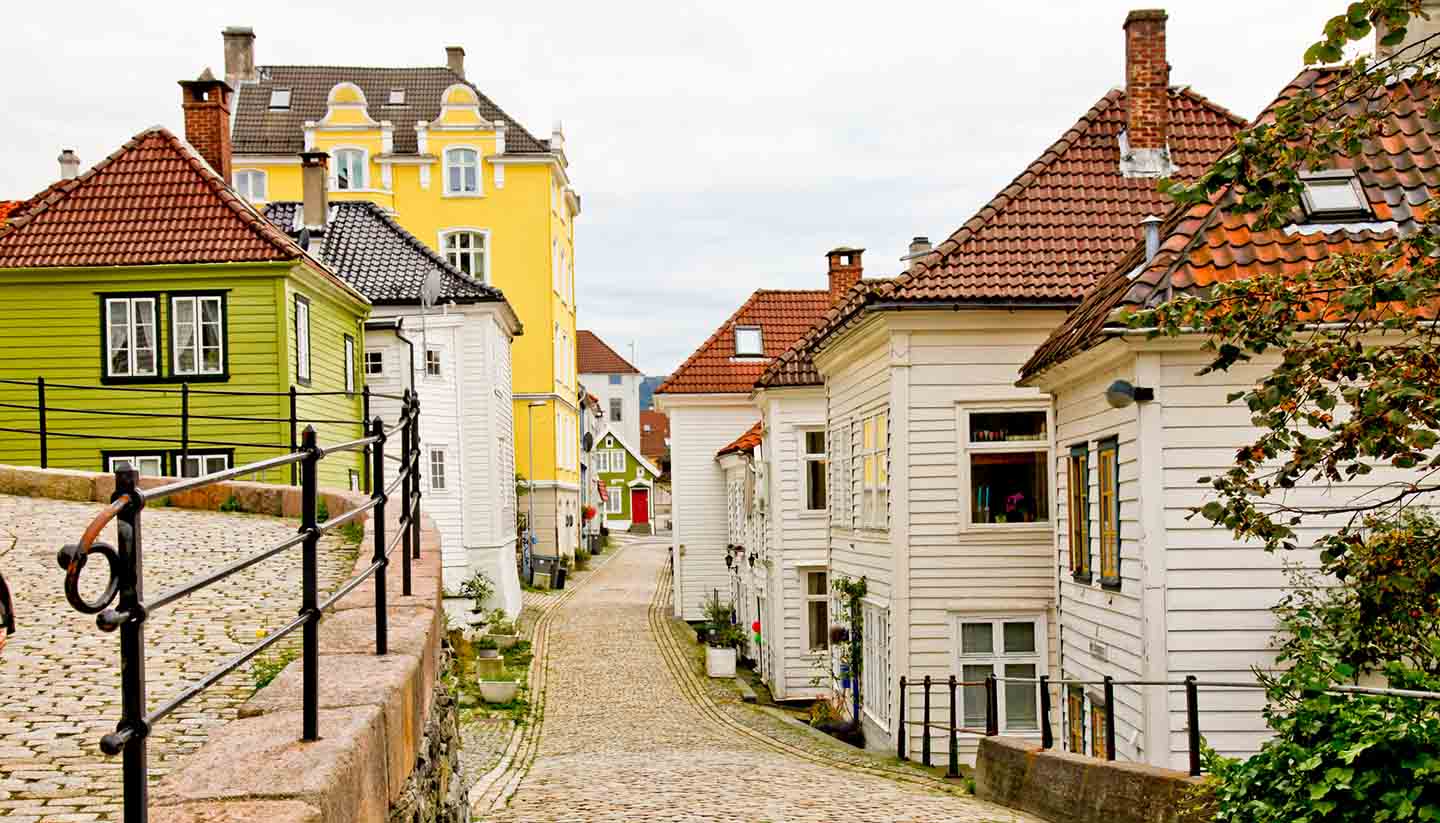 Bergen enjoys relatively mild winters, thanks to the impact of the Gulf Stream, and cool summers. Temperatures in July are typically 19°C (67°F) whilst they fall to 3°C (38°F) in the winter. However Bergen’s proximity to the mountains causes abundant rainfall; it has been known as the ‘City of Rain’. Annual rainfall of around 89 inches is normal; one year, it rained for 85 consecutive days. Heavy rain can happen throughout the year.

View help Close help
Last updated: 2022-06-30 17:24:15
We update the weather data for from our weather partner every four hours. The time the last update was received is detailed here.
Actual Forecast Location: We have 830+ weather locations on the worldtravelguide.net website. Where no exact location is available we have used the nearest appropriate forecast point.
Symbols indicate the predominant weather for the day in question, calculated based on a weighting of different types of weather. So if a day is forecast to be sunny with the possibility of a brief shower, then we will see a sunny or partly cloudy symbol rather than a rain cloud.
The maximum temperature is the highest temperature forecast between dawn and dusk, and the minimum temperature is the lowest temperature expected from dusk on the day in question to dawn the next day. The temperature is in °C, or Celsius.
Wind speed and direction are the conditions expected at midday. Wind direction is based on a 16 point compass. W, SW, SSW, etc. The wind direction states where the wind originates. Wind speed is listed in MPH or miles per hour.
Humidity levels indicates how much water vapour the air contains compared to the maximum it could contain at that temperature. As a general guide:
Pressure is measured in millibars (mb)
Visibility based on whether the human eye can see the following distances:
Close

Marken Guesthouse is centrally located and reasonably priced. The hostel-style guesthouse offers rooms and dormitories for between one to 10 people. The rooms are modern, and there is a comfortable communal sitting room, fully equipped kitchen and bathroom facilities.

Klosteret 5 Guesthouse is located in a charming alleyway among old wooden houses on the Nordnes peninsula in downtown Bergen. There is an affordable breakfast café across the street and a variety of restaurants nearby.