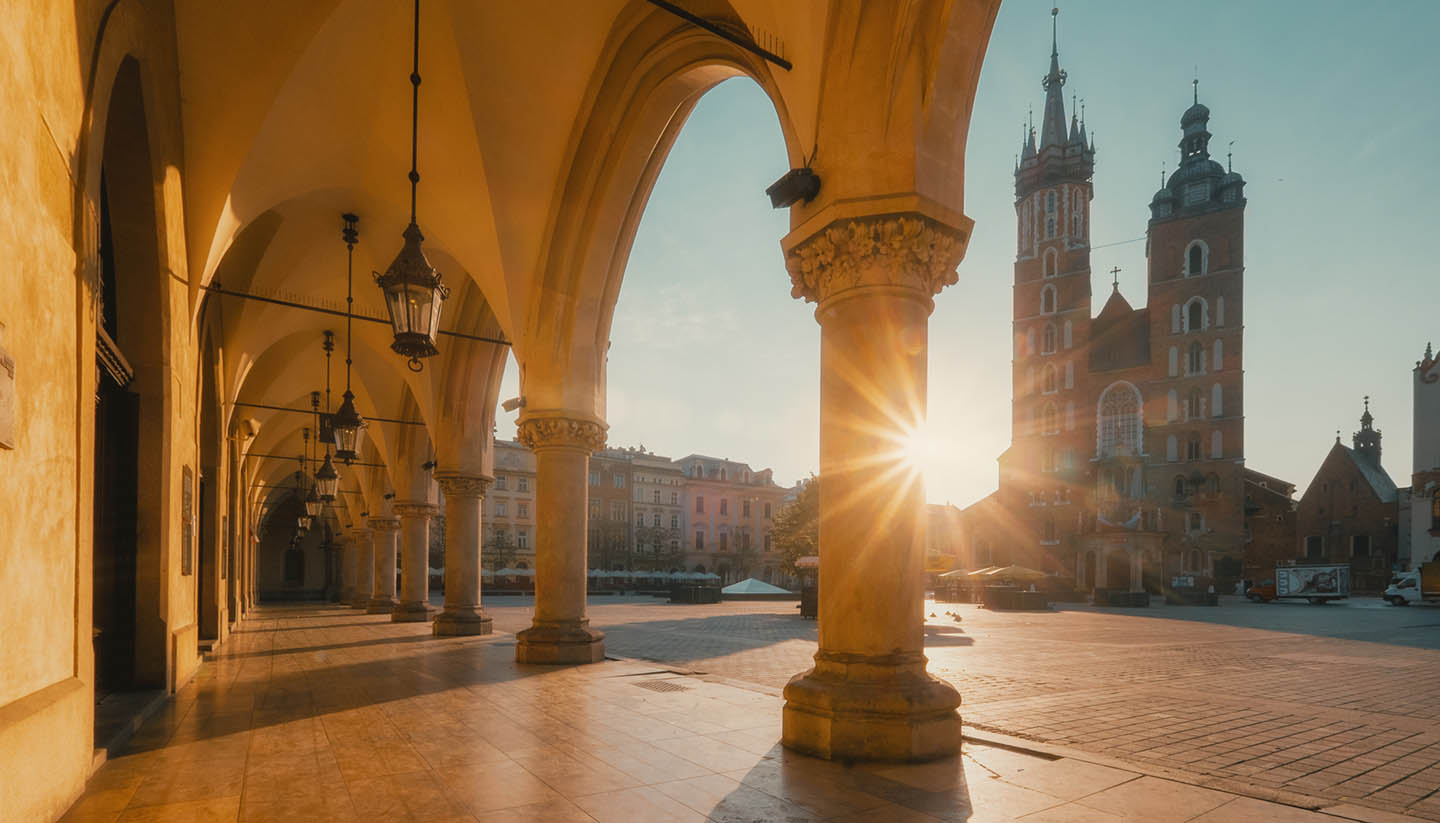 Cracow is one of the most perfectly preserved old cities in all Europe, and although it stands as Poland’s second largest, it rivals Warsaw in any claim to be the country’s cultural capital.

As home to one of Central Europe’s oldest universities, and one of the few parts of Poland not annexed by Germany or Russia (Cracow got the more lenient Austrians instead), the city has always punched above its weight as a place for independent art and thought.

The more learned will see Cracow as a textbook of Gothic, Renaissance and baroque architecture, which has earned it a listing as a UNESCO World Heritage site.

Cracow isn’t just old and pretty, however, it’s also a city that likes to let its hair down. With one of the highest concentrations of pubs, clubs and bars in Europe, hunting down the best of them in the Old Town backstreets and the hip quarter of Kazimierz is one of the city’s true pleasures.

Prices are significantly lower than in Western Europe and consequently the city has become popular with stag and hen parties. Still, this is no metropolitan Magaluf – many Cracow nightspots have real character and charm, and the city’s theatre, opera and classical music are also a major draw.

While Polish cuisine may not have much of an international reputation, Cracow has enough excellent restaurants to convert any sceptic. A recent gastro-boom focused on local, traditional food has made the city a great place to see what the fuss is about.

For those after fresh country air, Cracow’s rural hinterland is also stunningly beautiful. Mountains start to rise just south of the city, filled with deep valleys topped by ruined castles. The region even offers alpine-style skiing just 100km (62 miles) away in the Tatra Mountains, a popular winter daytrip for locals.

They say you can’t please all of the people all of the time, but Cracow is hell bent on proving otherwise. Poland’s biggest draw entices visitors for a gamut of reasons, but whether you’re motivated by history or hedonism, architecture or art, you can’t fail to be impressed.

In the 16th century, Palac Bonerowski was the opulent abode of a wealthy, aristocratic family called the Boners (no chuckling at the back). Today the former royal residence is one of the finest, most lovingly restored hotels in Cracow. Located directly opposite the Main Market Square, Palac Bonerowski sits within a UNESCO World Heritage site and has some of the best views in town. Inside, the elegant rooms are still fit for royalty, and there are period features aplenty.

This slice of local history has been operating as an inn since 1815, making it one of the oldest hotels in Cracow. Modern amenities aside, guests could be forgiven for thinking they've stepped back in time; the hotel retains its decadent, 19th-century charm with beautiful antique furniture and period features. Add to that the stunning, Old Town location and exemplary service and you have to surmise this hotel will be good for another 200 years.

Nestled down a quiet side street near the Main Market Square, Hotel Mikolaj is a tranquil retreat in the centre of this lively city. The refurbished town house has 10 cosy rooms, including suites which come with a kitchenette and lounge. If you don't fancy the short stroll into town for dinner then the hotel boasts an in-house restaurant, which serves Polish and international fare over two atmospheric levels.

Enter The Piano Guest House and you follow in holy footsteps; Pope John Paul II visited twice when he was vicar of the parish in the 1950s. Today, this beautifully preserved, Viennese-style town house (which has been in the same family since 1886) is something of a diamond in the rough, although the legendary hospitality, beautiful breakfasts and the property's raconteur owners more than compensate for the scruffy neighbourhood.

The Secret Garden Hostel covers all bases, offering guests a choice of dorm rooms, luxury doubles and apartments within staggering distance of the lively Jewish quarter, Kazimierz. Private rooms are simple and contemporary with wrought-iron furnishings, colourful walls and vibrant bed spreads making for a clean and comfortable stay. The staff are friendly and knowledgeable and, although the buffet breakfast is a fairly basic, DIY affair, you really can't grumble for the price.

Located within the labyrinth of Santa Cruz, Hotel Amadeus is set in a classically-furnished, 18th-century manor house and has music as a theme. Several instruments, including a grand piano, are available for use by guests. Rooms are small but attractively furnished, with antique furniture and original patterned tile flooring. The hotel's rooftop terrace opens up to a panorama of Seville’s historic centre and is an excellent spot to enjoy breakfast.