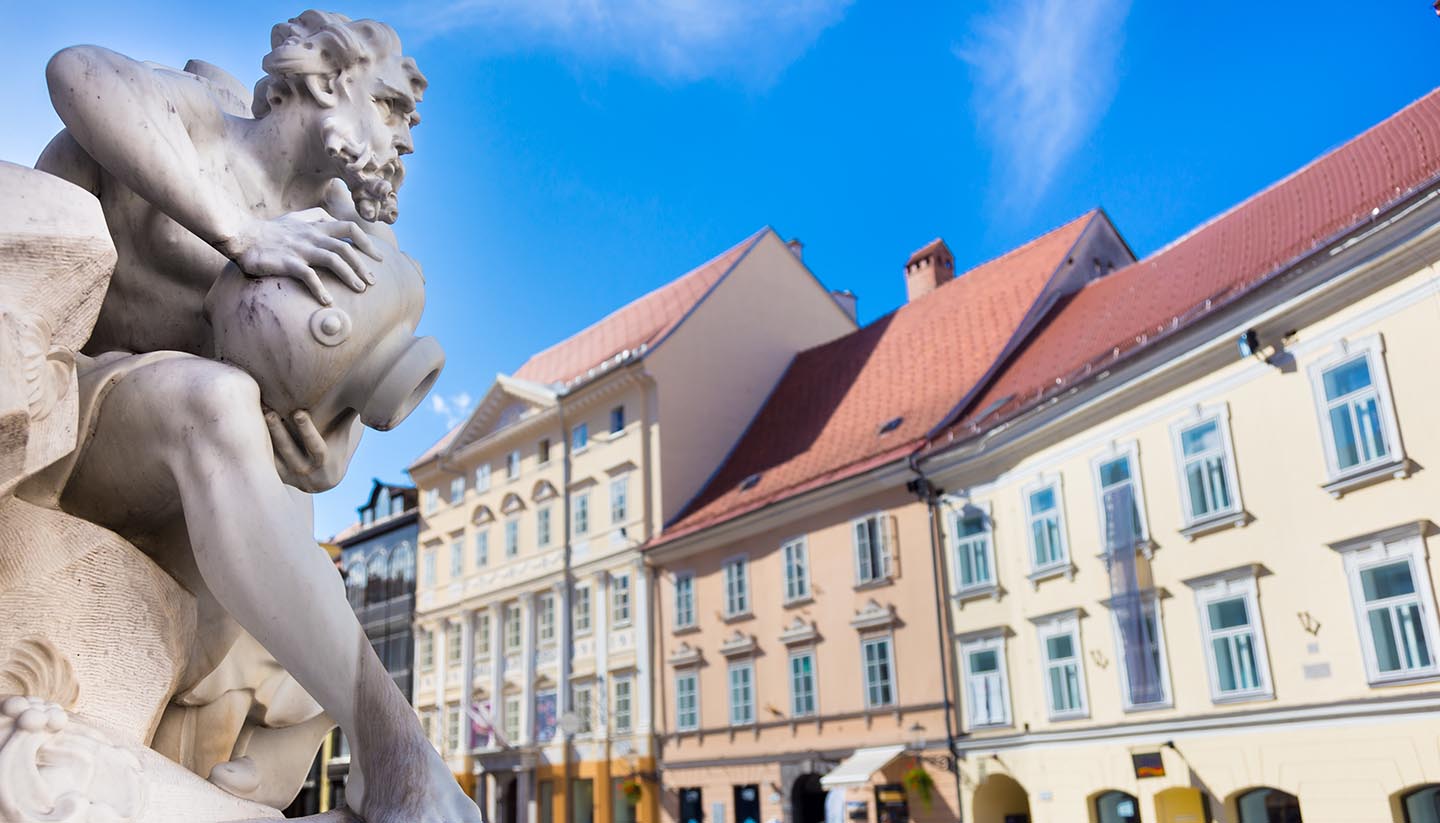 Ljubljana may be compact, but it boasts a myriad of architectural styles, a picturesque Old Town and a buzzing energy that give its bountiful bars and restaurants the dynamism of a much bigger city.

Unlike much of the rest of Yugoslavia, which broke up in 1992, Slovenia’s post-communist years have been relatively trouble-free. Slovenia is now part of the EU, increasingly prosperous economically and keen to welcome visitors. The capital is beautiful, with a lively nightlife that blends boozy Eastern European hedonism with calmer, Mediterranean style.

While seminal Slovenian architect Jože Plečnik shaped the core of how the city looks, the Hungarians, Austrians and Italians have also influenced Ljubljana heavily. These eclectic influences permeate many aspects of city life, including its food and drink. Enjoying an Italian-style gelato is as much part of the Ljubljana experience as savouring hearty Hungarian goulash.

Ljubljana has one of the youngest populations of any European capital. Inhabitants throng the cafés and bars along the river throughout the year. Some of these locales are more tavern-like in style, but increasingly the city is hosting modern, chic bars.

Perhaps the coolest pocket of Ljubljana is Metelkova. These former army barracks are the cultural centre of the city, serving as a unique zone covered in graffiti and dotted with eccentric sculptures. Today, almost anything goes in the zone – though ‘anything’ mostly means cool club nights, film screenings and exhibitions by young, experimental artists. The area is also home to the Museum of Contemporary Art.

Other than that, there are a few notable churches worth peeking at and several interesting museums, especially those displaying Roman artefacts. The best way of enjoying Ljubljana, though, is perhaps simply to wander along its winding river and through its pleasant Old Town, soaking up the city’s blended cultural heritage.

This three-star property is centrally located with views of the capital’s castle. Transformed by a massive renovation programme a few years ago, City Hotel has extra rooms, restaurants and conference facilities. Neat features include free bikes and free internet access, while the staff are also happy to book local tours. The on-site restaurant offers good-value lunches and dinners, as well as tasty breakfast spreads.

Fancy a night in a cell? This large property was once a military prison, but has been transformed into Ljubljana’s coolest lodging, located in the squatters’-paradise-turned-creative-hub that is the Metelkova district. The cells themselves have been converted into small but chic rooms with the help of local and international artists. Don’t miss the great light-filled bar-restaurant. There’s also a museum in the basement detailing the youth hostel’s history.

Perhaps the sleekest hotel in Ljubljana, Hotel Cubo resides on one of the main thoroughfares leading to the city centre. The property claims to be “in the heart of the cultural, scientific and political Slovenia”. While there’s a definite air of sophistication about the place, the staff are friendly and unpretentious. There are 26 spacious rooms, with the furnishings and style boasting modernist touches.

Offering affordable accommodation just on the edge of the city centre, this refurbished hotel might not win any awards for its tower block design, but it has clean, functional rooms with a touch of style. Free Wi-Fi in the 200 bedrooms and lobby comes in handy. Rooms are not large, but there are family rooms and junior suites for those seeking more space.

The location of this bed and breakfast could not be any better, as this budget hotel is tucked just off the lively Prešeren Square in the city centre. The rooms are basic, but perfectly clean and comfortable. Little extras include bike hire, notebook hire, free Wi-Fi access and the slightly surreal massage chair, the latter available for 15-minute intervals.

Much more than the ‘bed and breakfast’ it markets itself as, this cosy abode is housed above one of the city’s most famous cafés. Guests can enjoy excellent breakfasts there, as it’s part of the same business. Rooms are calm and comfortable, sporting creams and browns for a tasteful ambience. This is a good option for those looking for a conveniently located, cheap hotel in Ljubljana.