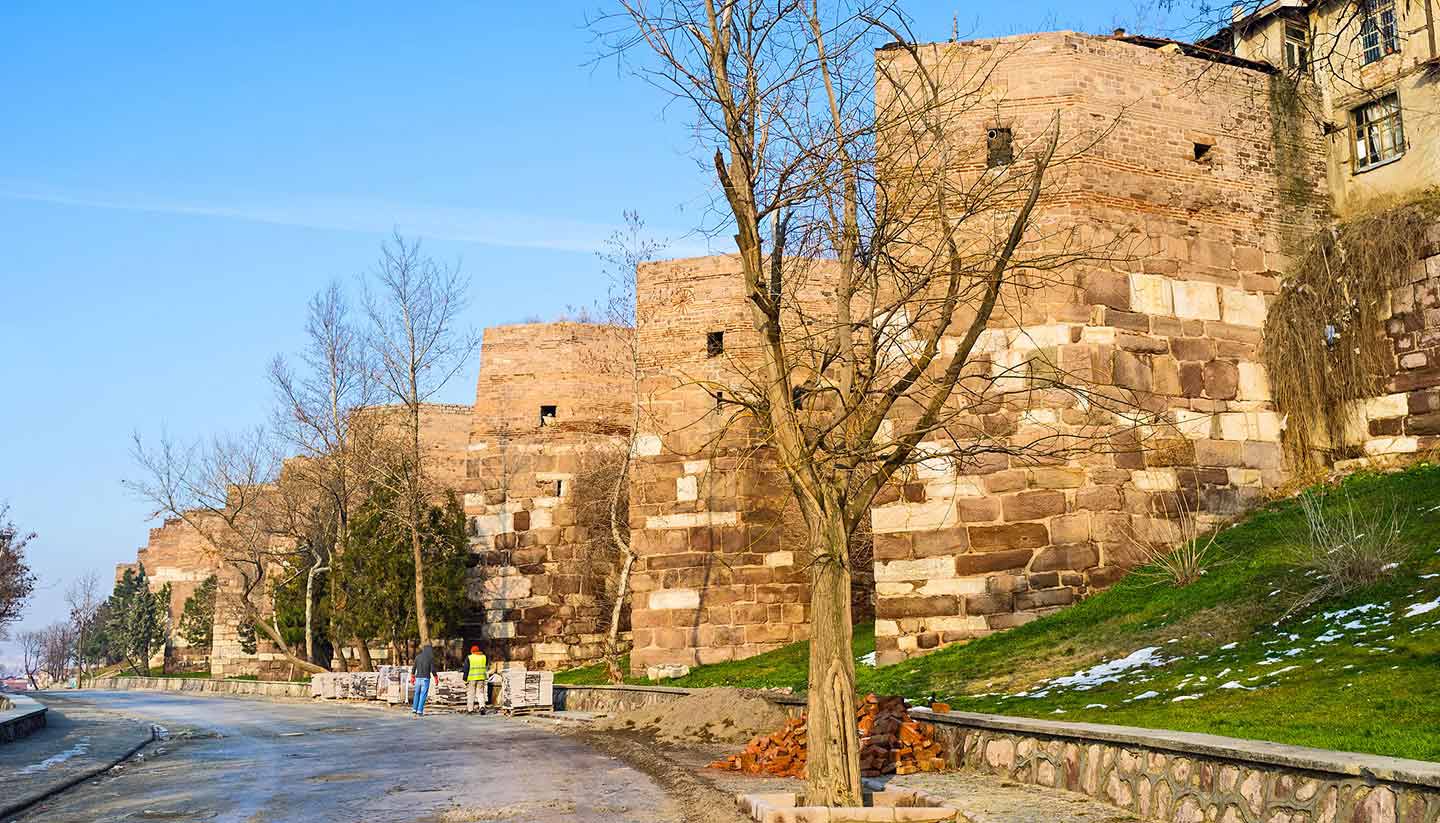 Turkey's capital may be best known as a modern financial centre, but beyond the looming skyscrapers you'll find domed mosques, buzzing street life and the country's best museum, along with important monuments and a citadel district chock-a-block with creaky Ottoman charm.

Ankara's chunky walled fortress overlooks the downtown district of Ulus, and the steep walk uphill is rewarded by a stop off at the Museum of Anatolian Civilisations, which has wonderful exhibits tracing the entire history of this ancient land. Beyond the ramparts, a labyrinth of cobblestone lanes lined with antique stores and old-fashioned market shops weave down the hillside and are perfect for afternoon meanders and souvenir shopping amidst a sense of old world ambience.

Downtown Ulus has a slightly downtrodden feel but is home to a clutch of sights that nod to Ankara's Roman roots, as well as some interesting small museums and art galleries. Hop south to Kızılay and you're transported into a thoroughly cosmopolitan and modern cafe district buzzing with vibrant, youthful energy, where students sip cappuccinos and promenade on the pedestrianised streets. Another hop south from here brings you to upmarket Kavaklıdere, Ankara's embassy district, which has leafy parks and plenty of shopping and restaurant choices.

Standing on a hill just to the west of the central city is the sprawling Anıtkabir complex, the mausoleum of Atatürk, founder of modern Turkey. Ankara's most important monument, it's a fitting tribute to the man who created Ankara as a capital and rebuilt the entire nation after the fall of the Ottoman Empire.

One of Ankara's most atmospheric hotels, this luxury property is set inside the restored Çukurhan caravanserai building which dates back to the 16th century. Rooms boldly fuse Turkish and Asian decoration with contemporary, colourful design, while the central courtyard holds onto its historic features but has a glass roof.

This prominent landmark hotel soars high above the central city and offers unrivalled views of Ankara's bustling Kavaklıdere district. Rooms are classically styled in earthy tones and come with full modern amenities, while the hotel has bars and restaurants, a pool and fitness centre.

Neat and tidy (though small) rooms, friendly staff who speak some English and a central location are the major bonuses at this downtown Ulus hotel, just off the main road. The included breakfast is very good and unlike a lot of hotels in the Ulus district, rooms aren't too noisy.

Nestled amongst the alleyways of the citadel district, this charming small hotel delivers oodles of cosy appeal, wrapped up in a restored, wooden Ottoman mansion. The outdoor courtyard is a tranquil escape from the city, while the smallish rooms have original Ottoman features but are decorated in a modern style.

This is a solid budget choice in downtown Ulus which punches above its weight, offering decent-sized rooms freshly decorated in light colours, comfortable beds and modern amenities. Staff don't speak much English but are very friendly and helpful.

For a mid-range, comfortable option, this place takes some beating. Highly popular with both business and leisure travellers, Abro's minimalist-style, spacious rooms are fitted out with modern amenities and are in a prime Kızılay location, close to Ankara's vibrant cafe and restaurant scene.