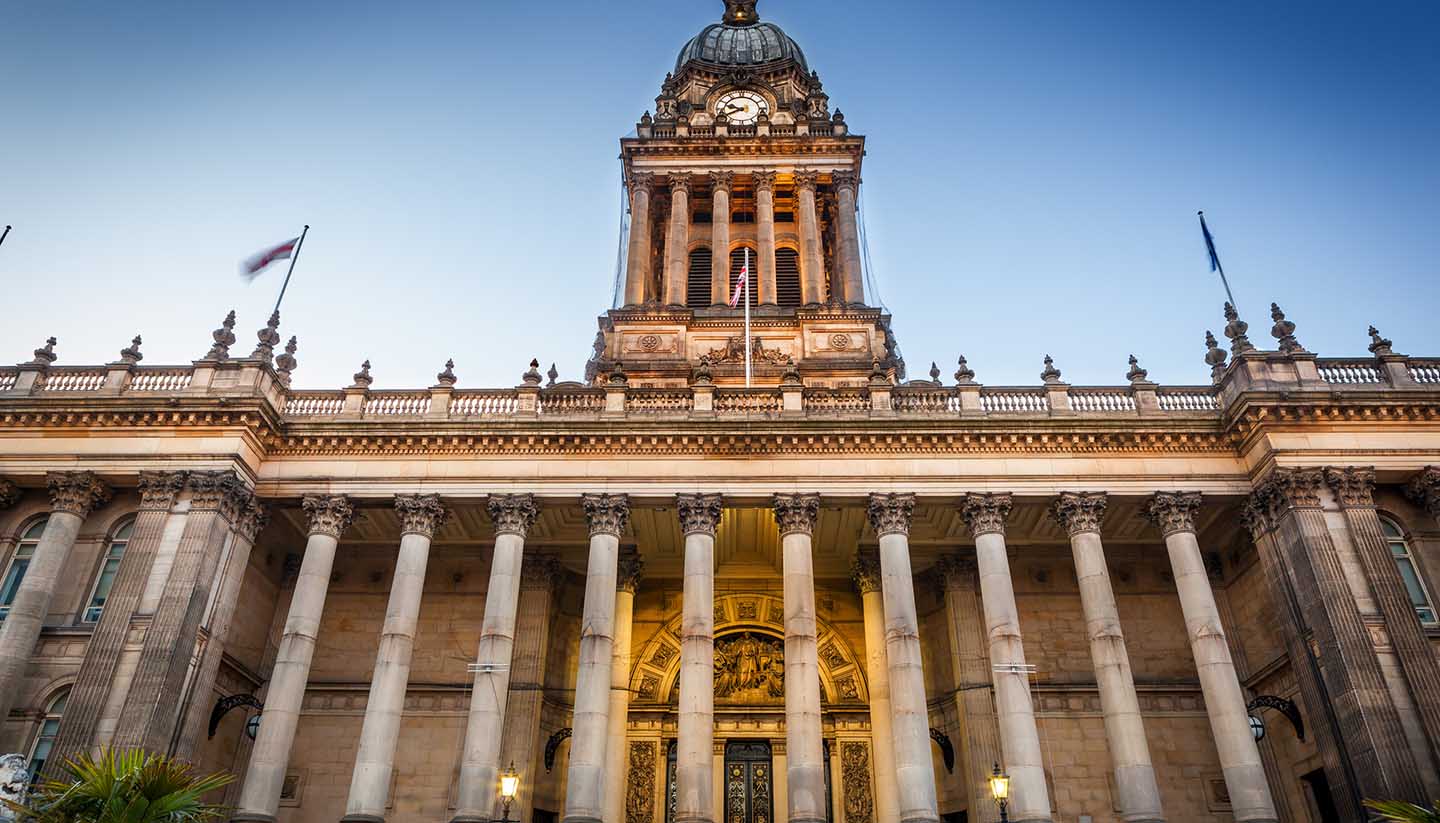 While quaint and historic York up the road gets more attention from tourists, Leeds is easily Yorkshire’s economic and cultural superior.

Much of Leeds’ transformation over the last couple of decades has to do with its growth as a high street hub. It was the first northern outpost of upmarket department store Harvey Nichols, earning it the nickname ‘Knightsbridge of the North’. Then Trinity Leeds opened in 2013, covering three floors and offering over 100 stores, while the elegant domed Corn Exchange and the glass-fronted Victoria Arcade still offer endless appeal to shoppers.

Today’s Leeds is Yorkshire’s capital of nightlife, boasting dozens of cool bars and clubs. You’ll find sophisticated drinking holes alongside traditional pubs and student haunts – the city’s university is one of the country’s biggest.

Then there’s the music, with plenty of gig and concert venues, including the striking, fan-shaped Leeds Arena, which opened in 2013. There’s Leeds Festival for lovers of guitar music, and free events such as Opera in the Park and Classical Fantasia have made their names here.

As for Leeds’ modern and exciting dining scene, there’s a swathe of award-winning restaurants serving up classic British and Yorkshire cuisine, as well as Indian, Pakistani, Thai and more. The gastronomic renaissance is celebrated with an annual food and drinks festival.

Beyond the nightlife, there are many museums to explore including the Henry Moore Institute and Armley Mills, one of the world’s largest woollen mills. There are also lots of quirky tours such as the walk through the archives of Marks and Spencer, which sprang from a penny bazaar in the city over a century ago, or the owl trail spanning 25 locations in the city centre and inspired by the birds that feature on Leeds’ coat of arms.

Despite its urban appeal, Leeds is also a green city, with sprawling Roundhay Park, Harewood House’s formal gardens and the woods of Temple Newsam. And don’t forget to visit the gorgeous ruins of Kirkstall Abbey, a 12th century Cistercian monastery.

A Grade II listed boutique hotel with 45 rooms, this proper offers refined, classic and contemporary furnishings. Built in 1891 as the former liberal club, it offers a distinctive terracotta facade, wrought iron gates, Corinthian columns and stained glass windows. It's been voted one the world's top 80 hotels by Conde Nast Traveller.

This charming friendly B&B is situated close to Headingley Cricket Ground and is set in the heart of a pleasant wooded conservation area. The Victorian house has free parking Wi-Fi and a licensed bar. Some rooms have en-suites and there are different sized rooms. The hotel is just 1.5 miles from the city centre.

In a grand former bus and tram office, the Leeds branch of this popular chain offers stylish and contemporary rooms that all come with CD and DVD players as standard by the River Aire. There are 100 stylish rooms while British classics feature strongly on the menu.

For location, this landmark hotel is unbeatable. Adjacent to the railway station and overlooking City Square, it's a stone's throw from all the action. With 215 rooms, an executive floor and two dining options, it is a large hotel with plenty of amenities and top notch service.

This fabulously-ornate Grade II listed building has recently been refurbished and offers guests elegant, spacious rooms, a terracotta exterior and ornate furnishings. It's located in the business district but is still close to all the restaurant, shops and nightlife action.