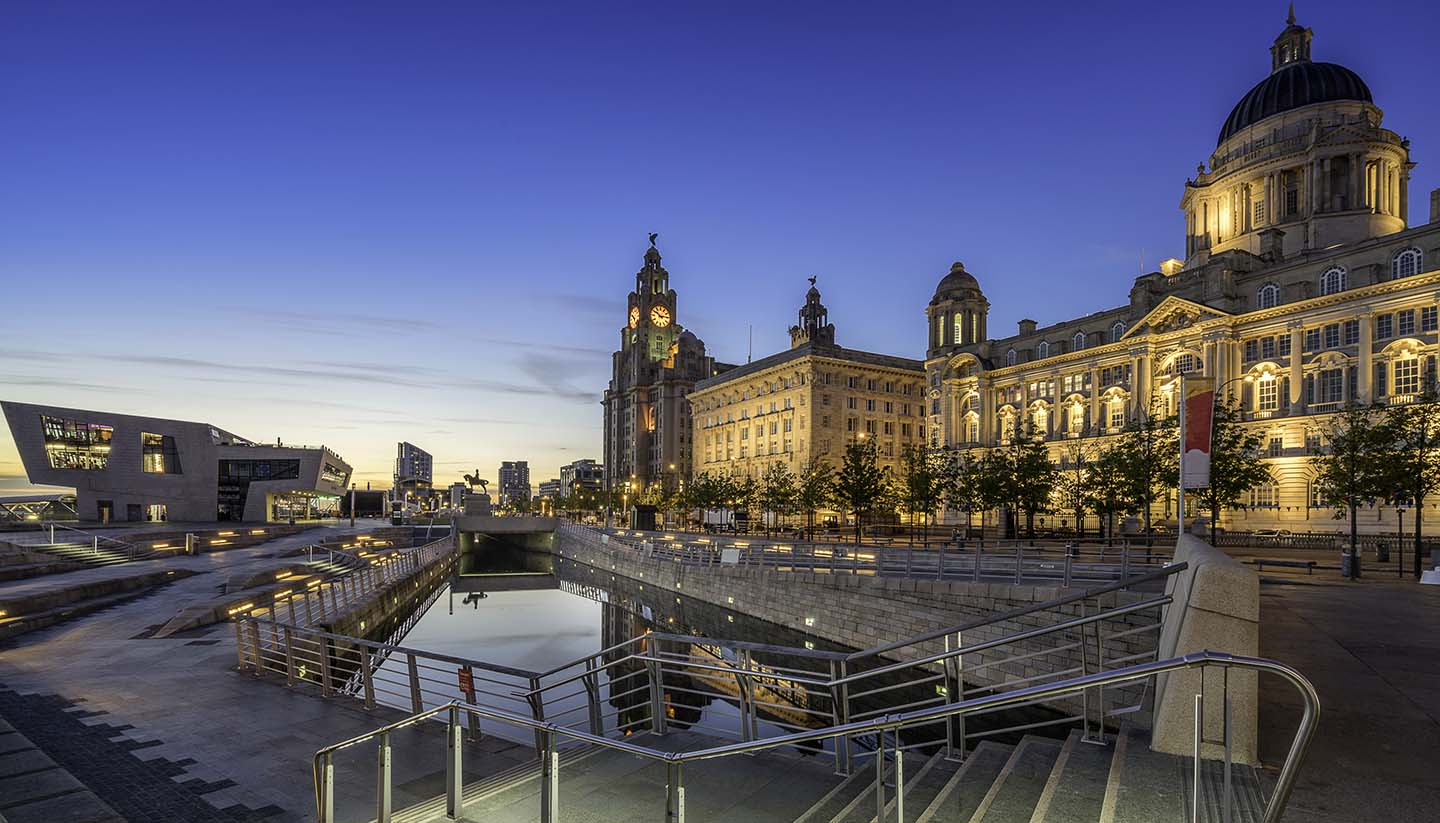 Liverpool has a well-deserved reputation as a party city. From traditional pubs to trendy bars and throbbing nightclubs, the city has something for everyone. The greatest variety of nightlife is found along Seel Street, while old boozers can be sampled on Hardman Street. The Liverpool LGBT scene centres on Stanley Street with the revamped warehouses of the Baltic Triangle host to arty events and festivals.

This Prohibition-style cocktail bar takes the era's inclination for secrecy to extremes. You'd never guess that behind a rather humdrum door – you may even have to knock – and thick velvet curtain lies a portal back to 1930s Chicago. Think candles in wine bottles and gin and whiskey cocktails that slip down all too easily to the jazz and blues soundtrack. No bookings – just turn up.

Situated in the Cultural Quarter, atmospheric and intimate Magnet has an illustrious musical history and was once graced by Freddie Mercury and Brian May. Today, it attracts a discerning crowd and you can snuggle up with a drink in cosy booths whilst listening to jazz, soul, funk, rare groove and Latin beats or take in comedy and open mic nights.

Beer enthusiasts should check out The Ship & Mitre, a CAMRA Pub of Excellence. Housed within one of the city's few remaining art deco buildings, it is thought that a pub has existed on the site for at least 120 years. The Ship stocks one of the region's biggest range of beers so visitors can sample everything from cask ales and German pilsners to draught beers from the Czech Republic

Camp and Furnace is housed in one of the revamped industrial complexes in the dock area rebirthed as the Baltic Triangle. Offering a line-up of alternative and experimental music acts, critically acclaimed food, plus some stomping club nights, check out Nightgarden on Friday nights, where food and drink meet art and performance.

A multi-purpose venue open throughout the week, Constellations regularly welcomes guest DJs and curators for warehouse nights that can run until 0400.

Harking back to the hedonistic heyday of rave, Level is Liverpool's largest club and is modelled on the mammoth super clubs of the 1990s like Manchester's Hacienda. Split over three levels, there are six rooms and seven bars, plus some 2,600 partygoers lifting hands in the air to house, electronica, hip hop and bass music.

Originally a meeting spot for The Liverpool Royal Institute art collective, this historic 19th-century arts building on Seel Street has been transformed into a multi-functional venue for cutting-edge music, comedy and club nights. Expect anything from Fatboy Slim to Foals. It also contains a superb bar and kitchen, serving quality meals and craft beer.

Built in 1905, The Olympia is one of the city's largest concert venues, with an interior modelled on the Moscow Kirov Ballet. Expect large touring acts ranging from anything from Robert Plant and Placebo to New Order and Tame Impala. This converted cinema hosts comedy, boxing and wrestling as well.

The Zanzibar Club has an excellent reputation for handpicking the very best of the underground scene and covering anything from indie and metal to folk and country. Breaking bands long before they hit the big time, the Zanzi is small, so you're never too far from the action.

Music and Dance in Liverpool

Handpicked from a wealth of historical and cultural landmarks, our Liverpool highlights include iconic attractions, heady club nights and buzzworthy dining.

Fans can now finally eat, drink and sleep Beatlemania. This 4-star boutique hotel in a Grade II-listed building is elegantly furnished with designer pieces and specially commissioned, original Beatles artwork. The 110 rooms are all impeccably tasteful, despite the hotel's devotion to the Fab Four. There's even a shop where fans can stock up on merchandise.

As you'd expected from the Ibis brand, this 192-room 3-star hotel is clean and comfortable as well as being conveniently located in Albert Dock, less than 10 minutes from the city centre. All rooms come with ensuite bathrooms, tea- and coffee-making facilities and Wi-Fi. It has an onsite bar and restaurant as well.

Pay homage to one of football's greatest managers in this quirky, stylish hotel. It's dedicated to famous Liverpool FC manager Bill Shankly but you don't have to be a die-hard footie fan to appreciate the central location and spacious, manly rooms with whirlpool baths. If you are a Liverpool FC fan, there's plenty of tastefully displayed Shankly memorabilia to take in – even on the ceilings.

Located in an unremarkable building close to the Albert Dock, this is one of Liverpool's best budget hotels and offers 64 comfortable rooms at reasonable prices. Although rooms are a smidgen small, all contain tea- and coffee-making facilities, satellite TV and ensuite shower facilities. Free Wi-FI.

This contemporary hotel, decked out in a minimalist style, is housed in a large warehouse in the centre of Liverpool's vibrant nightlife action. Expect stylish black and white decor, classic design mid-century furniture, quirky artworks and superb facilities including HD TVs and a handy mini-kitchen in each of the 106 rooms.

This 4-star hotel enjoys a stunning location down on Princes Dock with fantastic views across the River Mersey. It has 159 contemporary rooms and is home to the Harbour Health Club gym, which has a swimming pool, whirlpool, sauna, steam room and beauty therapy suites. The Crowne Plaza has an award-winning restaurant and bar too.