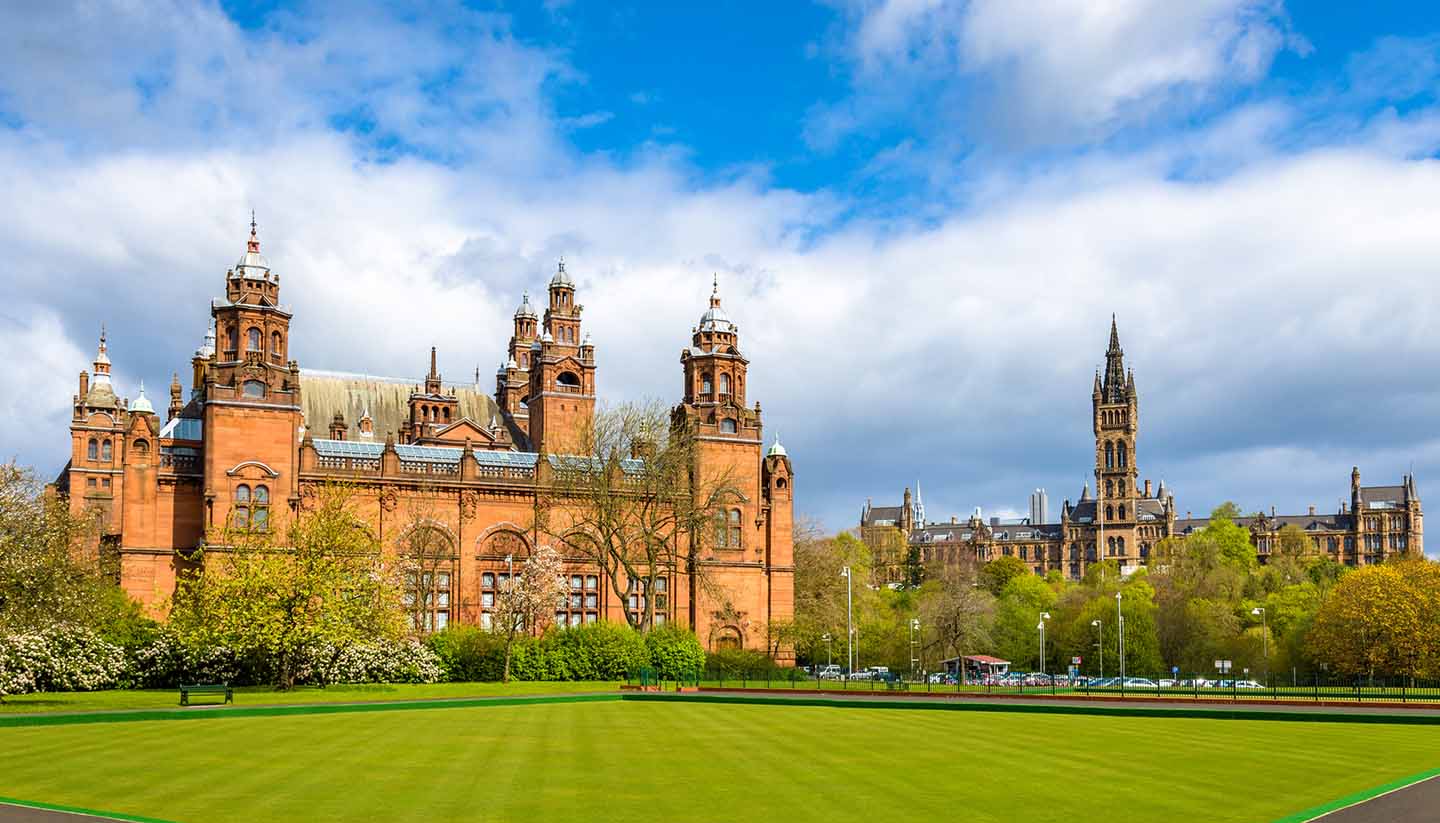 the IDs1535Glasgow Airport
Places in Glasgow

For Glasgow, it's been quite a makeover. Spruced-up neighbourhoods, revived Victorian architecture, stylish cafés and a revamped riverfront have propelled Scotland's biggest city to the top of the pile.

From a declining industrial centre (with widespread pessimism about its future) to one of Europe's hippest spots, Glasgow has undergone one mighty transformation.

It's hard to keep track of the number of bars and restaurants opening up in the city centre and the bohemian West End neighbourhood. Glasgow also has some of the UK's best shopping, second only to London, with its 'Style Mile' of designer and high-street brands, plus vintage finds around the East End and Byers Road.

With several outstanding art galleries, including the Gallery of Modern Art and Kelvingrove Art Gallery and Museum, the city leans on its tradition of great design, apparent in the classical architecture of Alexander 'Greek' Thomson and the art nouveau-style of Charles Rennie Mackintosh.

Since the 1980s, the whole city has undergone massive transformation, and its arts, music and cultural scenes are flourishing. Glasgow was declared a UNESCO City of Music in 2008, in recognition of its musically diverse output, while the Turner Prize was presented here in 2015, the first time the accolade has been handed out in Scotland.

Meanwhile, one of Glasgow's oldest districts, the Merchant City, has been revitalised with boutique hotels, bars, restaurants, shops and galleries, all occupying previously derelict market buildings and warehouses.

Visitors to Glasgow can also nip to some of Scotland’s most stunning landscapes. With Loch Lomond and the Trossachs National Park under an hour's drive away, the great outdoors is not far away with scenic hikes, bike routes and watersports.

As with all makeovers, Glasgow is buzzing with confidence and ready to give the world a twirl, so there's no better time to explore it.

McLays guesthouse is located in central Glasgow, providing guests with comfortable rooms in a simply-furnished layout. There are two lounges and two dining rooms, offering guests free Wi-Fi and vouchers for on-street parking are available.

This budget hotel chain is located conveniently in the city centre, close to Buchanan Street for shopping and Merchant City for nightlife. Rooms are comfortable, and generously sized.

Just off the M8, this 300-room hotel is popular with business travellers. Style is corporate and comfortable, with a plasma TV in all the rooms and Wi-Fi access in the public areas and some rooms. The leisure club has a pool, spa, and gym with a cardio theatre and fitness studio. The hotel has 13 meeting rooms, the largest seating 800. There is a Mediterranean restaurant as well as a cafe/bar.

The Radisson Blu hotel is recognised as a leading hotel by the Scotland's leading Business Hotel Awards. This hotel opened in 2002 and has 250 bright, modern rooms. It is conveniently close to the smartest shops in the heart of Glasgow and has three types of rooms: City, Modern, and Nordic, all with different décor. All rooms have free Internet access and many offer stunning views across the city. The fitness centre is well equipped with a pool, exercise bikes, and techno gym.

Situated in the fashionable West End, this classy Victorian townhouse is the hotel of choice for visiting celebrities. It combines efficiency with country house comfort and contemporary style. All rooms have a plasma TV, powerful drenched showers and handspring mattress,. Some rooms are decorated in a more contemporary style complete with monsoon showers. The hotel's bistro uses locally sourced ingredients and there's a less formal eatery in the bar.

This small, designer hotel occupies a prime spot in the Merchant City. It's fashionable but reasonably priced and has a cool basement bar and excellent restaurant. The 18 individually furnished rooms are all simple, modern and comfortable. It's a great choice if you want to sample some Scottish style without spending a fortune.