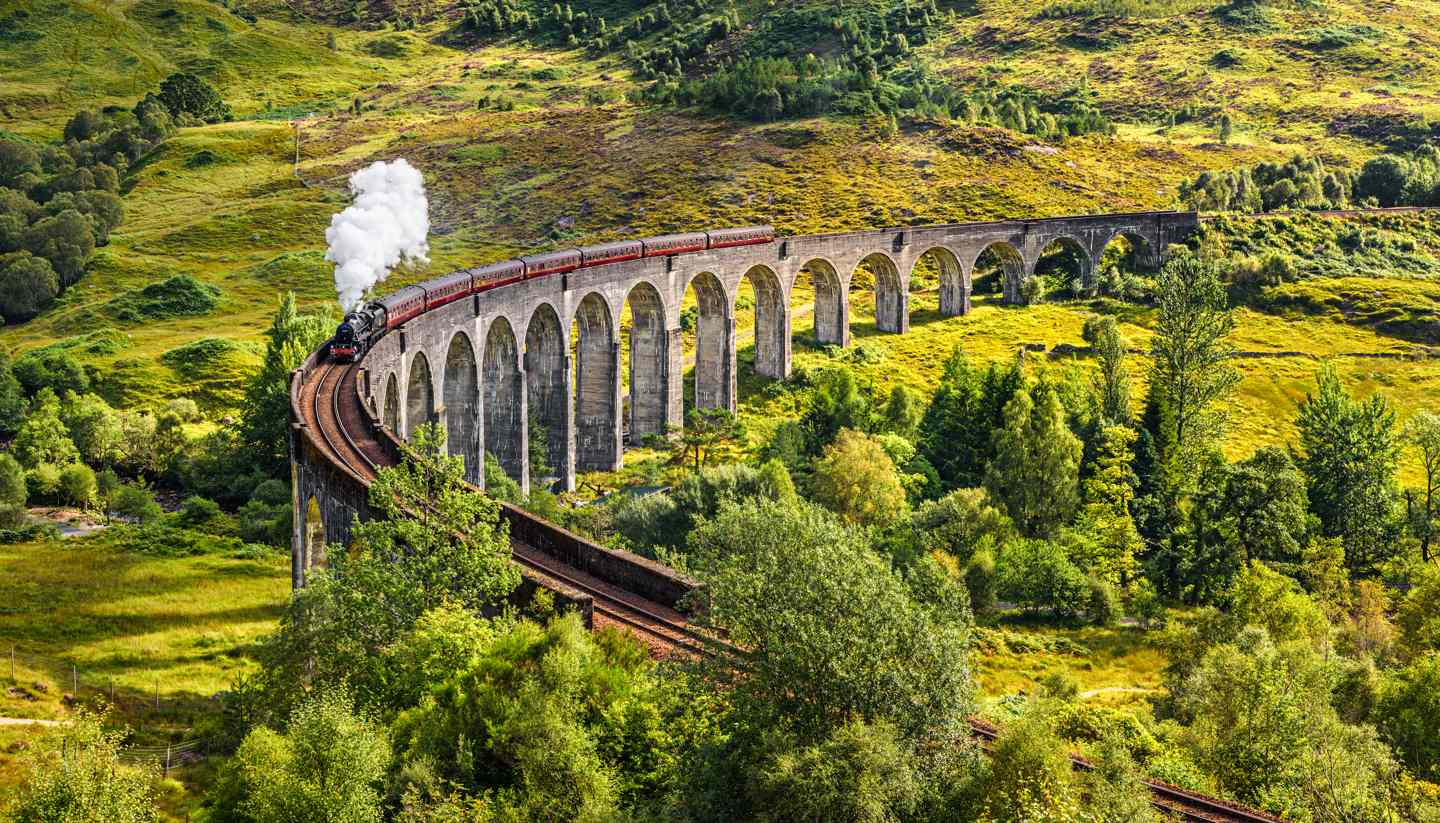 Crammed with sky-high mountains, rugged coastlines, romantic lochs, cultured cities and fiercely proud people, Scotland is an incredible destination with a wealth of attractions begging to be explored.

A holiday in Scotland means you could be quaffing single malt in the Lowland or following the footsteps of noble clansmen in the Highlands. That's assuming you aren't busy trailing Harry Potter on the real Hogwarts Express (the Jacobite Express steam train made famous in the Harry Potter films), tracking red deer in Cairngorms National Park, or lighting up your social media with jaw-dropping images taken while cruising along the North Coast 500, Scotland's answer to Route 66.

Scotland's largest cities, Glasgow and Edinburgh, are excellent city-break destinations where visitors can immerse themselves in the culture at various museums and galleries, in addition to shopping and fine dining. Beyond the cities, Scotland's charming historic towns, coastal villages and remote, Gaelic-speaking Highland communities also entice visitors with their scenic walks and warm welcomes.

Visitors who are after an electrifying festival experience won't be disappointed either. For three weeks in August, Edinburgh plays host to the Fringe, the world's largest arts festival. The varied programmes include cabaret, comedy, circus, dance, exhibitions, musicals, opera, spoken word events and theatre. Then there are the more eccentric Coal Carrying Race in Kelty and Porridge Making Championships in Carrbridge, among others.

Scotland is also a popular destination for outdoor enthusiasts. Adrenaline-junkies can hurtle down the rapids on the mighty River Findhorn near Aviemore, get behind the wheel of a supercar at Knockhill Racing Circuit, or snowboard at Cairngorm Mountain. If you prefer a more genteel diversion, tee off at St Andrews, the world-famous 'Home of Golf'.

Indeed, Scotland is studded with an astonishing number of attractions that have long mesmerised visitors and will continue to attract millions of visitors every year.

Constitutional monarchy, with some powers devolved from the UK government to the Scottish government.