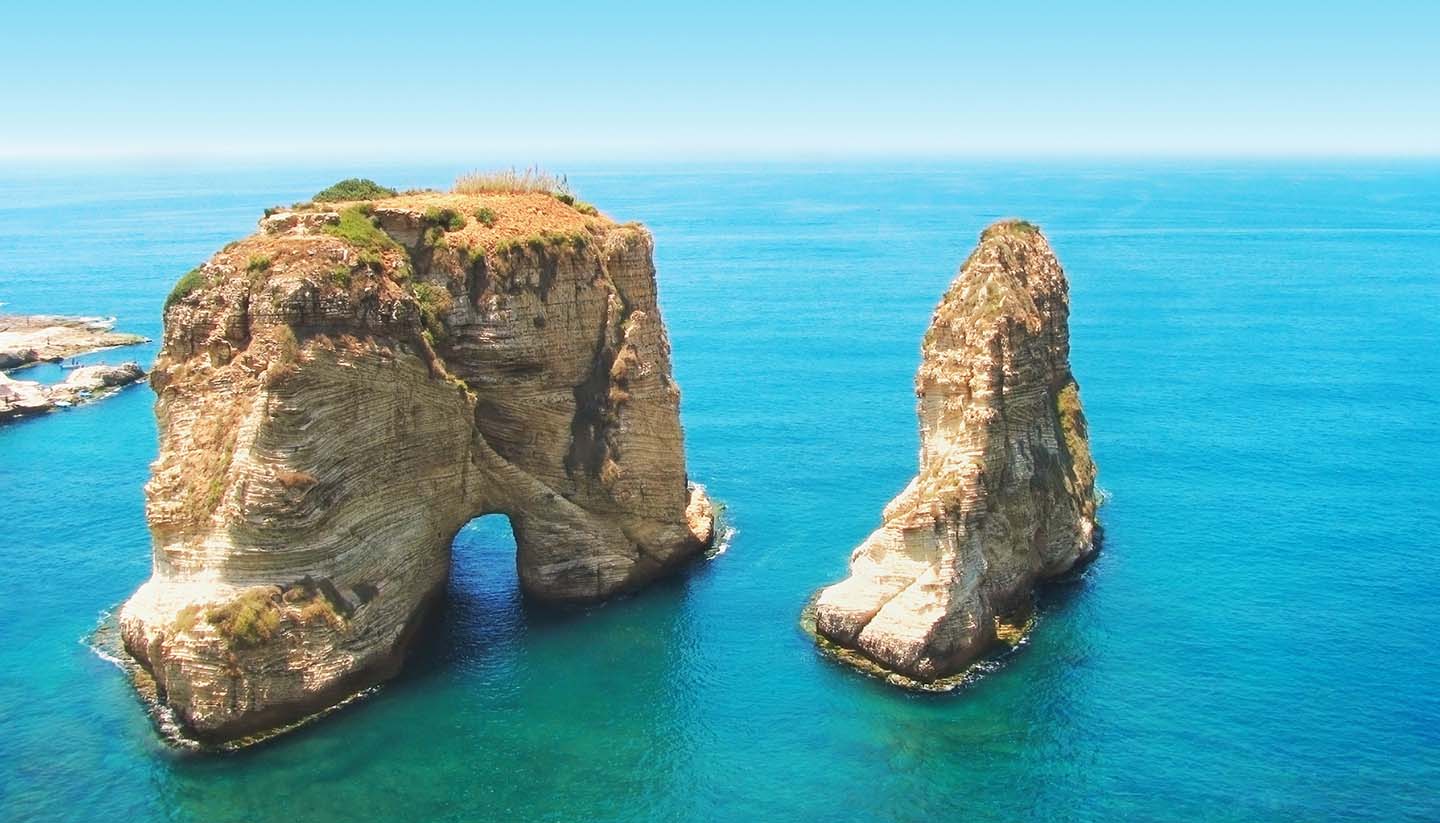 It may be a cliché but cool, cosmopolitan Beirut is indeed a city of contrasts. Possessed of some of the friendliest locals on the planet, it was also the scene of one of the Middle East’s deadliest conflicts.

While you’ll find beautifully restored colonial relics and old mosques delicate-looking minarets Downtown, venture towards what was once the Green Line and you’ll find buildings still peppered with bullet holes and missing chunks of masonry.

Perched on the Mediterranean and backdropped by the mighty Mount Lebanon, it is also one of the few cities in which you can sunbathe and ski over the course of a single day.

Its streets are a rabbit warren of shops and bars, many decorated with street vendors and nearly all choked with traffic – among them the speeding cabs manned by frantically chain-smoking drivers who have conspired to turn crossing the street into something of an extreme sport.

All this and the legacy of many years of conflict have resulted in a people whose motto appears to be ‘carpe diem to the max’ and nowhere is this more apparent than in the city’s nightclubs. As a result, the student quarter of Gemayzeh never seems to shut up shop and is wonderfully busy come weekends.

Although the war ended a long time ago, Beirut's reputation remains intricately tied to its volatile past. Some Lebanese like it that way. They think it gives Beirut an edge, although explaining that to inhabitants in the city’s southern refugee camps might prove difficult.

But despite the darkness, Beirut remains a symbol of hope in the frequently troubled Middle East as a place where people have managed to put their differences aside – however grudgingly – and make compromise possible.

The result is an intriguing, often unpredictable, clash of old and new, conservative and liberal, east and west, secular and religious. But in short, it’s nothing short of exhilarating.

The Casa D'Or is a welcoming, comfortable alternative to functional budget hotels or the home-stays that dominate the lower end of the market. It's not especially glamorous but rooms are clean, comfortable and well appointed, and a decent breakfast is included in the price. It also offers low season discounts.

Talal Hotel offers bright, clean rooms complete with comfortable beds for next to nothing. Better still, it's within striking distance of Gemmayzeh and Place des Martyrs. The atmosphere is lively and the hotel also has a communal kitchen. The result is friendly but a bit like living as a student.

At first look, you could be forgiven for thinking that you'd just pitched up at the Lebanese Fawlty Towers. However, staff are warm and welcoming, rooms are clean and the breakfast is excellent. All rooms have modern air-con, fridges and TVs, but better still is Regis' proximity to the Corniche.

It's no Hilton but the Port View Hotel is comfortable, clean and well appointed, which is more than can be said for many mid-range sleeping spots in the Middle East. Set a little off the beaten track in the quiet Gemmayzeh district, it's convenient for the main drag to but still peaceful.

Located in the heart of the buzzing Hamra quarter, the Cedarland is comfortable, safe and set well back off the road. Relatively quiet compared to other Hamra hotels, rooms are pretty beige and bland but have everything you need and some have sea views (read: views through gaps in the city skyline). Breakfast is extra.

A remarkable 5-star hotel in the centre of Beirut, Le Gray offers 87 modern rooms bathed in natural light. The infinity pool overlooks the city, while the spa, bar and restaurant could all be destinations in their own right. LCD TVs, Wi-Fi, fresh fruit and flowers are all part of the deal, Mediterranean and Mount Lebanon vistas included.