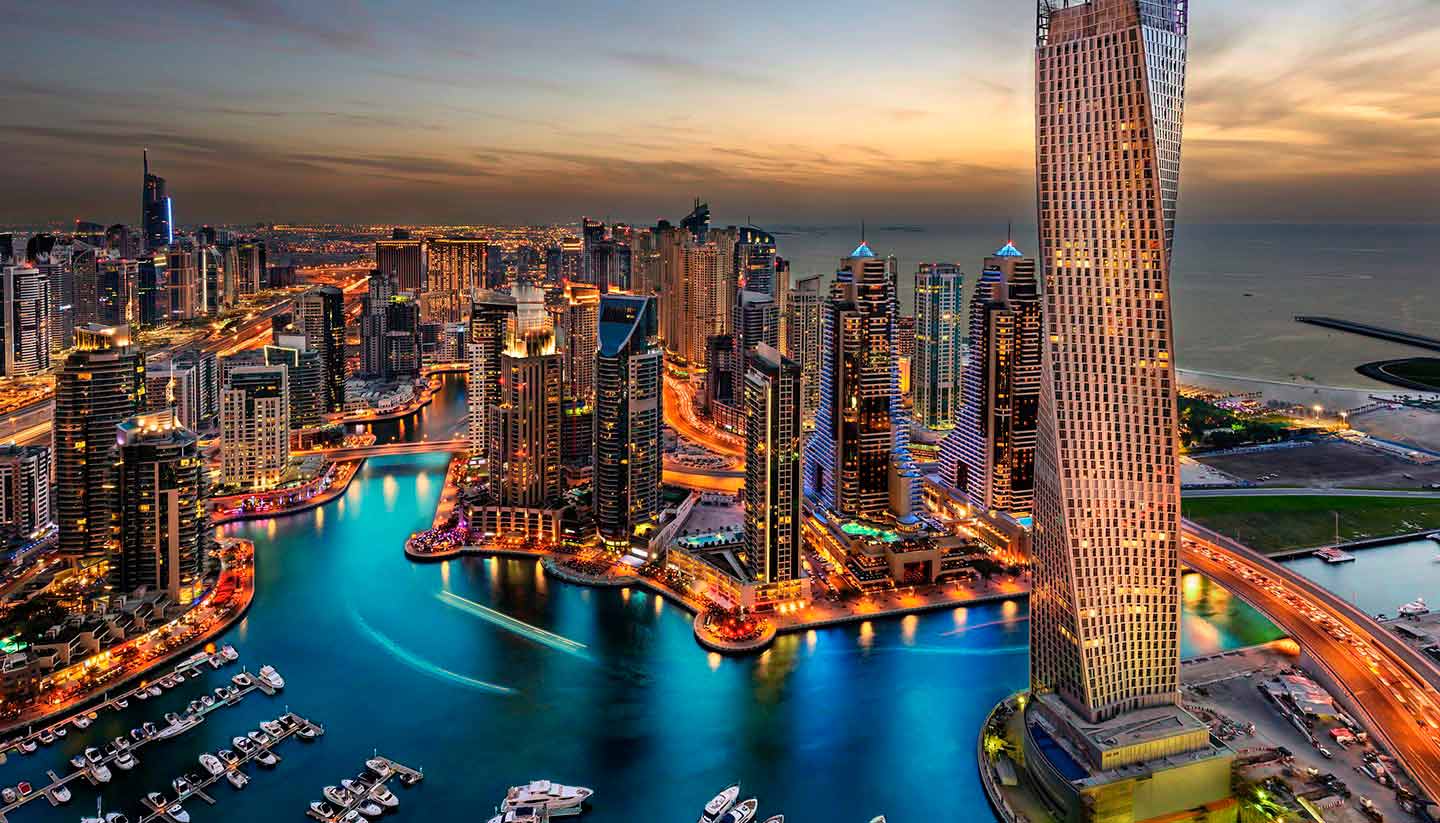 With rows of skyscrapers lining the Sheikh Zayed road, multiple mega malls and many multi-million pound offshore developments, Dubai may look like a temple to the petrodollar but, as anyone who spends more than a few days here will tell you, there’s far more to the city than that.

Dubai has an old quarter too, most of it clustered around Al Satwa, Deira and Port Rashid, which teems with life and is home to the city’s oldest building – a 17th century British fort.

It is here that you’ll get a taste of ‘real Arabia’ in the shape of the abra boats that ply the creek and the bustling spice and gold souks that have changed little over the years. Al Satwa and nearby Al Karama are a real melting pot, home to scores of Indian and Pakistani immigrants as well as expats from Lebanon and Syria.

As a result, eating well and cheaply is easy, whether you’re in the market for the full Lebanese kebab and mezze experience or a visit to Ravi’s, an unprepossessing Indian establishment decorated with formica tables, that has become a cult favourite with expats.

Immigrants dominate the city, with the majority of Westerners clustered in the upmarket Marina, the glamorous Palm or the almost entirely brand new Downtown Dubai.

The latter is home to one of Dubai’s most striking landmarks, the gargantuan Burj Khalifa tower, as well as the similarly enormous Dubai Mall. Set back from the sea, the area is awash with slick new hotels.

Back on Sheikh Zayed Road, not far from the airport, is the Wafi Mall, an Egyptian-themed temple to shopping that is arguably Dubai’s nicest thanks to the presence of an upmarket souk beneath. Further south are Mall of the Emirates and Ibn Battuta Mall, both vast and selling everything from designer clothes to pungent oudh (perfume).

But don’t get stuck in the shops. The city also boasts stunning beaches and (on the outskirts) spectacular desert scenery that would still be familiar to the Bedouins who once wandered this stretch of land.

Set away from the hustle and bustle of Dubai proper, the Desert Palm Dubai is a peaceful spot that conspicuously lacks the bling that characterises many of the city’s ultra-luxe hotels. Gorgeous gardens and a full-size polo field surround it, while the onsite spa is particularly good.

Set in one of Dubai’s many shopping, culinary and entertainment destinations, InterContinental Dubai Festival City offers a luxury yet affordable experience. It is also conveniently located by a massive Event Centre, with exclusive direct access to Dubai Festival City Mall.

These two ultra-modern skyscrapers are among the tallest buildings in the Middle East. Part office, part hotel, each state-of-the-art room is geared towards business guests and have all the essentials, including super-speedy Wi-Fi. Although most of the rooms are ultra-modern, the deluxe rooms come with their own opulent chaises longue.

Few business hotels come with a lobby floor decorated with mosaic tiles made from real gold but then again this is Dubai. Away from the lobby things are a bit less bling and very comfortable – think huge cushions and beds with crisp white sheets. It also boasts good restaurants and an excellent spa.

Citymax has targeted the budget market in a bold way, opening large properties in Al Barsha and in the heart of the central Bur Dubai district. Its Al Barsha hotel is conveniently close to Mall of the Emirates and boasts comfortable, clean rooms – all within striking distance of the beaches and nightlife of the Marina.

Sunglasses at the ready – Dubai's EasyHotel is almost entirely decked out in the Easy brand's trademark bright orange and white. That said, the hotel is comfortable and super-cheap, and offers free Wi-Fi in all of its rooms. The main downside is the location – Jebel Ali is about 25km (16 miles) from Jumeirah.