The 10 strangest museums around the world 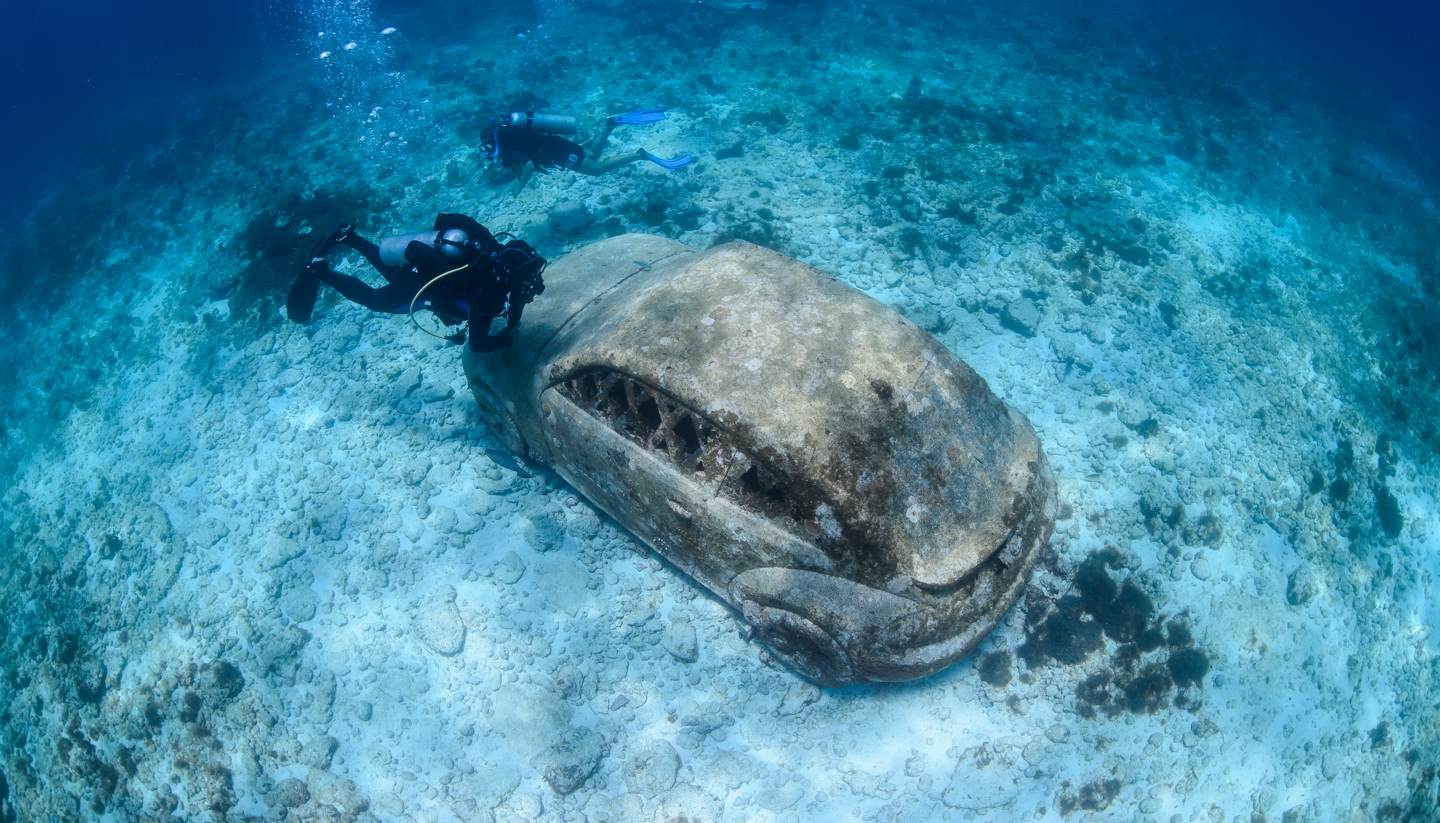 This selection of weird and wonderful museums ranges from bizarre to macabre and all the way to silly - are you brave enough to set foot in any of them?

Set in a small town on the Westfjords peninsula, this tiny museum explores a chilling period in the 17th century when over 100 convicted witches – the vast majority men – were burned at the stake. The big draw is a pair of so called “necropants”, a pair of trousers made from human skin, with other artefacts including runes, spells and skulls. On a serious note, this museum has important things to say about the human inclination, as seen throughout history, to persecute those they see as ‘other’.
www.galdrasyning.is

Located in a ramshackle basement under a theatre, this glorious museum celebrates bad art and the sincerity and enthusiasm of those who ‘persevered despite things going horribly wrong’. Starting with an artwork found in the trash, the museum has gained international renown to the point where there have been two thefts, both of which have since been returned. The gallery is known for rigorous entry standards, with many potential applicants simply being not bad enough. The works in here are without a doubt compellingly terrible.
www.museumofbadart.org 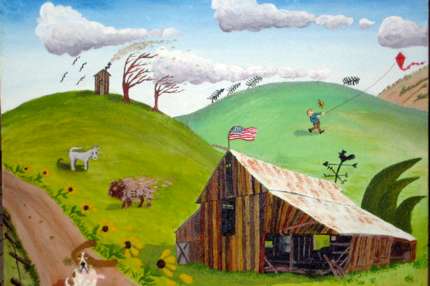 Nicknamed “The Museum of Death”, this macabre collection of five small museums is not for the faint-hearted. Originally intended as a valuable resource for medical professionals, this collection of gruesomely fascinating anatomical oddities has since been opened to the public. If you make it past the founder’s skeleton at the front door you’ll be greeted with the preserved remains of babies with genetic disorders, various parasites (including a metre-long tapeworm), and immaculately preserved bodies and organs. TThere are even the startlingly mummified remains of a serial killer who ate children in the 1950s.
www.sirirajmuseum.com

This one stretches it a bit. Deep in a cave in the heart of Avanos lies a cave adorned with over 16,000 locks of hair, as well as the names and contact details of the women that left them. The story goes that the cave owner’s friend left the first lock when she said goodbye, and others that have enjoyed the story have added their own locks to make it what it is today. Visitors are encouraged to leave their own clippings, and once or twice a year a lock of hair is randomly selected and the owner contacted for a stay in the connected guesthouse. It might not be a traditional museum but it’s just as good at throwing a spotlight onto history.
www.chezgalip.com 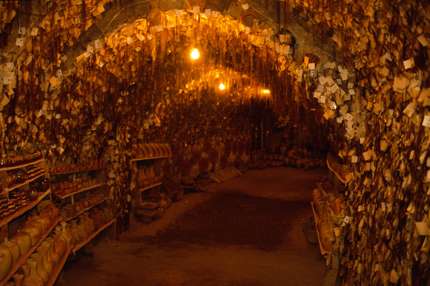 Founded by Peter The Great in 1714, Russia’s first museum is not exactly normal. Modern-day viewers may find Peter’s extensive collection of malformed children and dissected body parts a bit ghastly, although it was intended to show that abnormalities were caused by quirks of nature, not demons. If it proves too gruesome for your tastes then head for the Museum of Anthropology and Ethnography in the same building; here displays of clothing and artefacts chart the history of different cultures from around the world.
www.kunstkamera.ru

Started by two artists, this museum displays the sentimental objects left over from broken relationships, and the accompanying stories of betrayal or loss lift these often everyday objects from the mundane to heart-rending. Exhibits can be anything from bizarre to tragic, ranging from a single sock and a prosthetic leg to an ‘exe’ axe (used by a guy to chop up the furniture belonging to a lost love). The museum has a second branch in Los Angeles – fittingly in Hollywood, the hometown of broken dreams.
brokenships.com 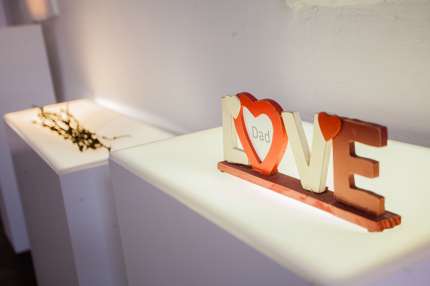 Yes, you’re invited to ‘hop on over’ to the Bunny Museum, home to over 35,000 collectables, as well as live Flemish Giant rabbits (which live up to their name by being dog-sized). Run by a couple who gift each other bunnies, it initially began as a joke before eventually becoming a registered museum, run more out of love than a desire for profit. Besides exploring the prevalence of rabbits in popular media, the museum also touches on what poor bunnies have suffered at the hands of humanity.
www.thebunnymuseum.com

Dive into an eerie underworld where 500 algae-covered statues – ranging from statues modelled on locals from a nearby fishing village to cars and furniture – are slowly forming a gigantic artificial reef. Devised as a way to attract divers away from existing coral reefs that were being damaged, the statues have mostly been created by the celebrated British sculptor Jason deCaires Taylor, and provide a commentary on man’s relationship with nature, good and bad.
musamexico.org 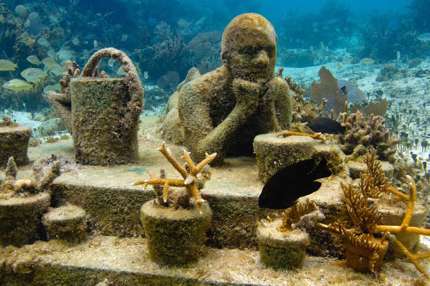 The statues are slowly forming a coral reefwww.musamexico.org

Grab a once-in-a-lifetime opportunity to take a guided tour through a room filled with some of the most unusual commodes, chamber pots and flush toilets found around the world. Attractions include a replica of Louis XIV’s throne (which had a dual function) and loos disguised as a stack of books or treasure chests. It’s a comprehensive history on hygiene and sanitation throughout the ages, made more pressing when you consider that the museum is run by a charity promoting clean sanitation, still a pressing issue in India.
http://www.sulabhtoiletmuseum.org

A trip here will either be fascinating or terrifying. Baraboo, also known as ‘the circus capital of the world’, is the winter home of the famous Ringling Circus and the home of the Clown Hall of Fame and Research Centre. It’s a surprisingly deep museum that follows the journey of clowning as an art form all over the world, supported by a wide range of artefacts from squirting flowers to clown cars. It’s also a valuable resource for many of the resident clowns – expect to find a few perusing the exhibits, and perhaps even a brightly coloured wagon parked outside.
http://www.theclownmuseum.com