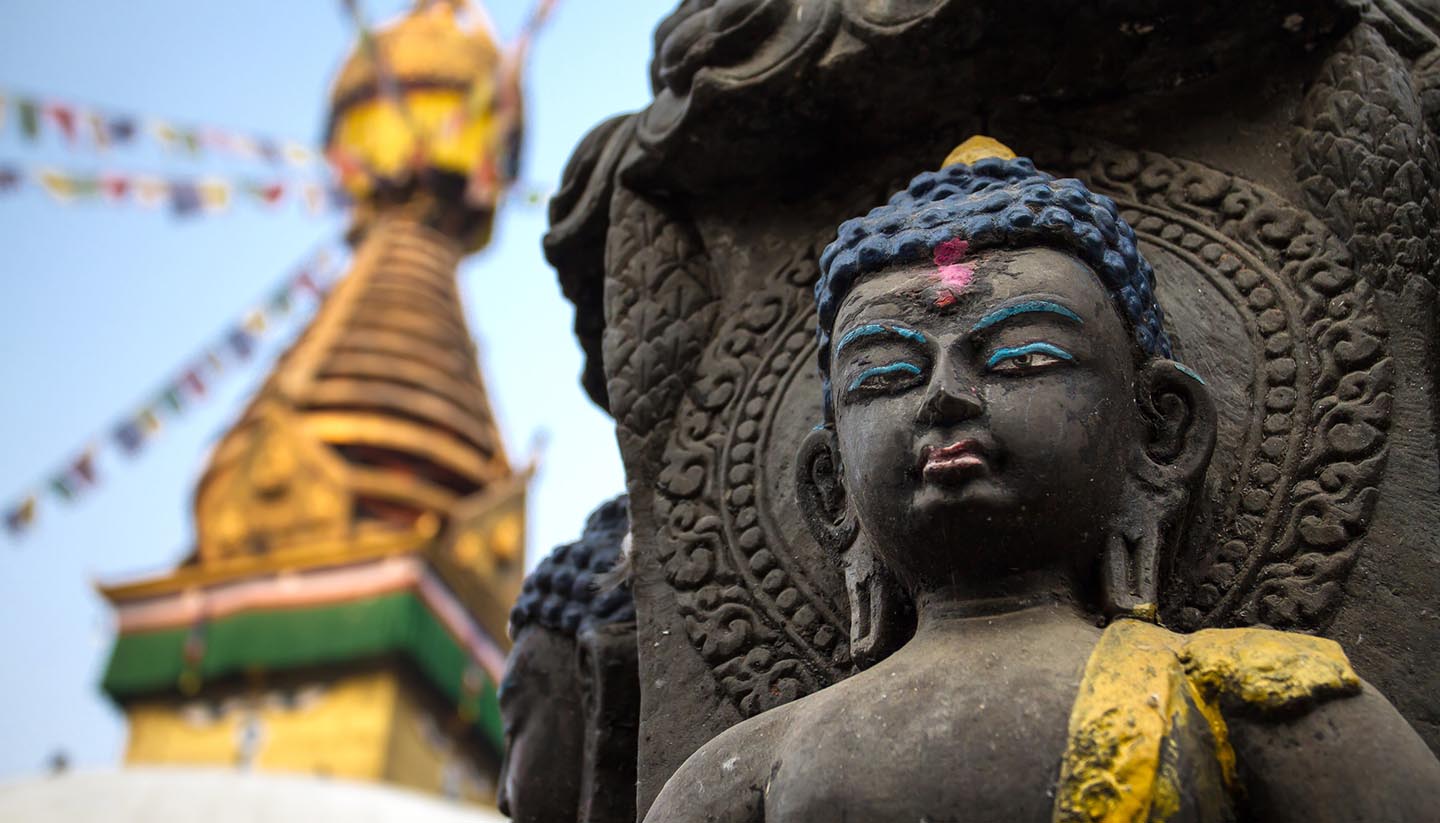 The gateway to a mystical land of mountains and monasteries, Kathmandu is still the jewel at the end of the backpacker trail, despite two earthquakes in 2015. In this captivating capital city, gilded stupas burst out of hidden courtyards, and winding alleyways open suddenly onto civic squares studded with medieval temples.

Protected by a sheer mountain wall, Kathmandu has changed only superficially since its heyday as an independent city state, fighting for dominance with its near neighbours, Patan and Bhaktapur.

During this golden era, the city streets were filled with some of the most striking architecture in Asia – tall, step-roofed pagoda temples, red-brick palaces with intricately carved timbers and golden stupas adorned with the eyes of Buddha.

With the end of the country’s decade-long civil war, Kathmandu is again overflowing with gap-year students, dreadlocked hippies and Gore-Tex clad trekkers, swapping stories of adventure over plates of Tibetan dumplings before heading for the high mountain passes.

In between expeditions to the mountains, travellers spend laid-back days exploring the medieval city-states that dot the valley floor – ancient Patan, historic Bhaktapur and Kathmandu itself, where internet cafés and pizza restaurants stand side by side with centuries-old temples and statue-filled courtyards.

Listed since 1979 as a UNESCO World Heritage site, the centre of Kathmandu is a living museum of Hindu and Buddhist art, with temples, palaces, shrines and effigies of multi-armed deities scattered across its narrow streets. Almost everybody circumnavigates the famous Buddhist stupa at Boudhanath and makes the dramatic ascent to the towering ‘monkey temple’ at Swayambhunath, one of the oldest religious sites in Nepal.

The first port of call for new arrivals is the old town, which stretches from Durbar Square to Thamel, the main hang-out for trekkers and backpackers. From here, everything is accessible on foot, by rickshaw, or by rented bike or motorcycle. However, many of Kathmandu’s finest hotels are secreted in the suburbs, offering views of misty mountains and ancient Buddhist stupas.

A firm favourite with tour parties bound for Lhasa, this Tibetan-run hotel offers quiet, comfortable rooms in a quiet location away from the Thamel bustle. The grand lobby gives a sneak preview of Tibet, with its vivid Buddhist carvings and murals. Facilities include a rooftop terrace, a private garden, a restaurant and a meditation chapel.

Kathmandu’s grandest 5-star hotel benefits from a secluded location, away from the centre but right on the doorstep of the Bodhnath stupa. The 290 rooms are luxurious, service is impeccable, and the hotel bar and restaurants are favourite hangouts for Kathmandu’s power players. Other facilities include a business centre, pool and spa.

Probably the most famous budget hotel in Kathmandu, with a prime location in the heart of Thamel. The 121 rooms come in all shapes and sizes, from simple fan-cooled backpacker rooms to handsome air-conditioned rooms in an old Rana palace. However, the old wing was damaged in the 2015 earthquake and restoration work is ongoing. Bonus features include two courtyard restaurants with Wi-Fi, a peaceful garden and secure parking for bikes and motorcycles.

This famous 5-star hotel was founded by a Russian entrepreneur on the site of a former Rana's palace. The stylish rooms are set in two modern wings that were untouched by the 2015 earthquake, and damage to the Rana-era buildings was quickly repaired. As well as swish restaurants and bars and superior business and sports facilities, the hotel has lush gardens and its own casino.