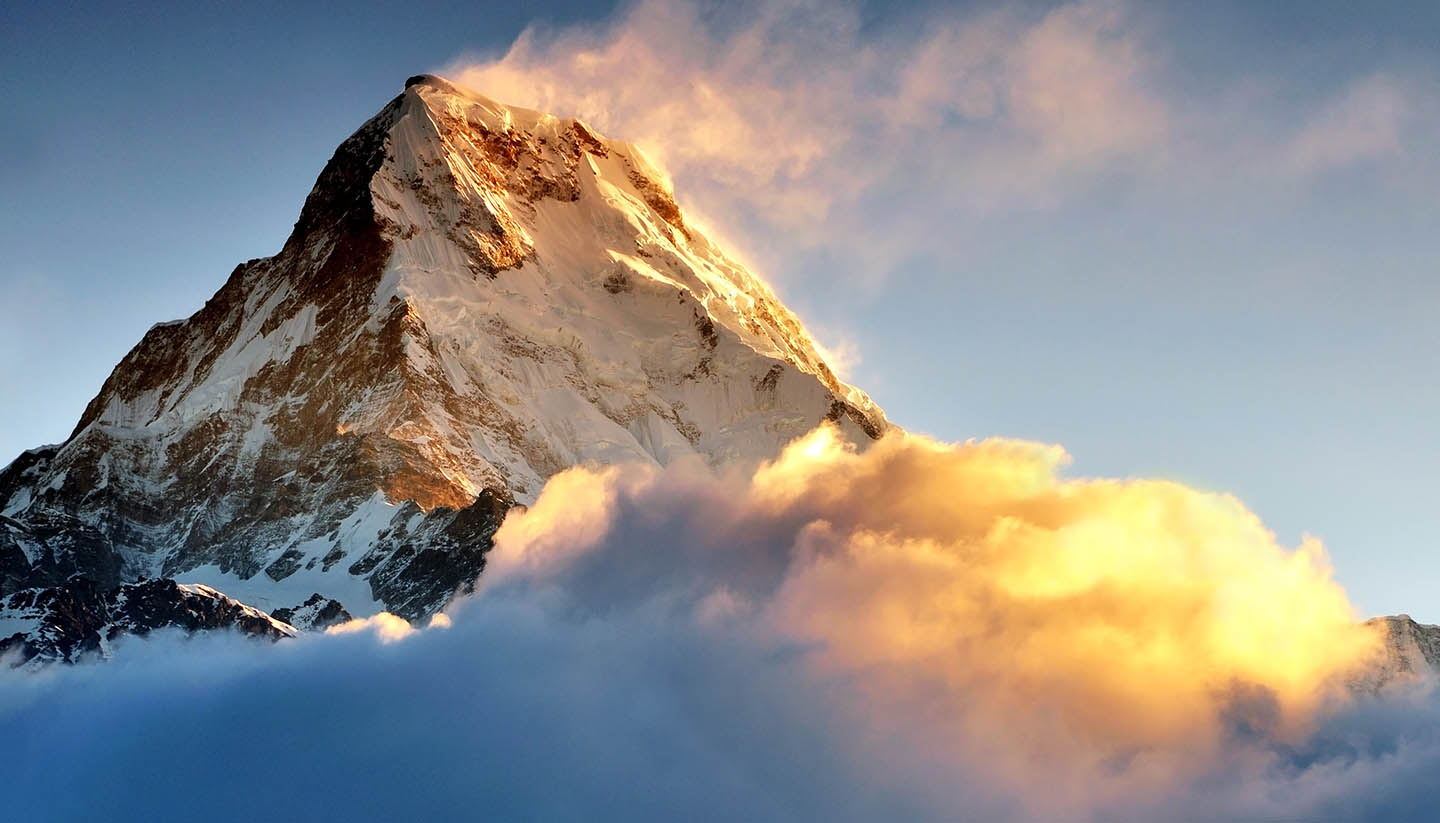 Officially the highest country on Earth, lofty Nepal is commonly referred to as the “roof of the world.” That seems like a fitting moniker for this Himalayan nation, where soaring, snow-capped mountains disappear into the clouds like stairways to heaven.

Mount Everest is the star attraction. Tourists come in their droves to climb, hike and admire the world’s tallest peak, which flirts with the stratosphere at 8,848m (29,029ft). But this charming country is much more than just mountains.

The birthplace of Gautama Buddha, Nepal is an important pilgrimage site for millions of Buddhists, who come from far and wide to visit the UNESCO World Heritage Site of Lumbini, a temple complex where Buddha once lived.

Holy places abound in Nepal, but not just of the Buddhist variety; Hinduism has a strong foothold in the country and there are many Hindu temples scattered across the country (though some have been severely damaged by the 2015 earthquakes).

Also hit hard was the Nepali capital, Kathmandu, which is encircled by soaring mountain ranges. A beautiful, bustling city it stands at a cultural crossroads between India and China, whose influences can be seen in the architecture and tasted in the cuisine. Meanwhile, a Western vibe prevails in the lively Thamel district, which is lined with bars.

Kathmandu is a good starting point for travellers venturing into the jungle at Chitwan National Park, which is home to Bengali tigers, crocodiles and one-horned rhinos, plus myriad bird species. Phewa Lake is another draw for tourists, as are the hiking trails in the Himalayas.

Wherever you go though, wide smiles will be there to greet you; Nepalese people are amongst the friendliest in the world and it’s not uncommon to be invited into a stranger’s home for tea.

Sitting atop the world, Nepal is just one step away from heaven – and for those who have discovered the country’s many charms, it feels like it too.