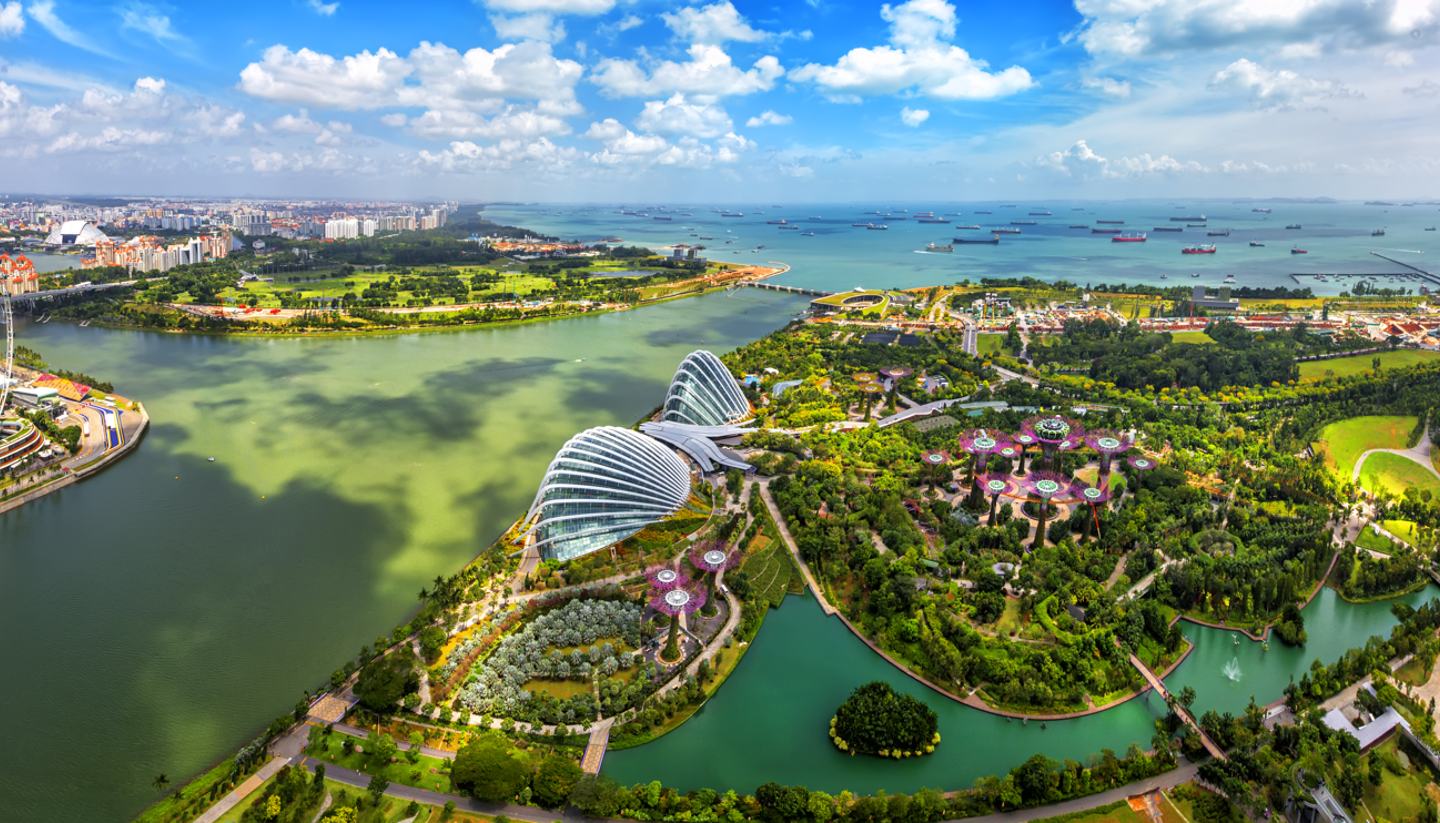 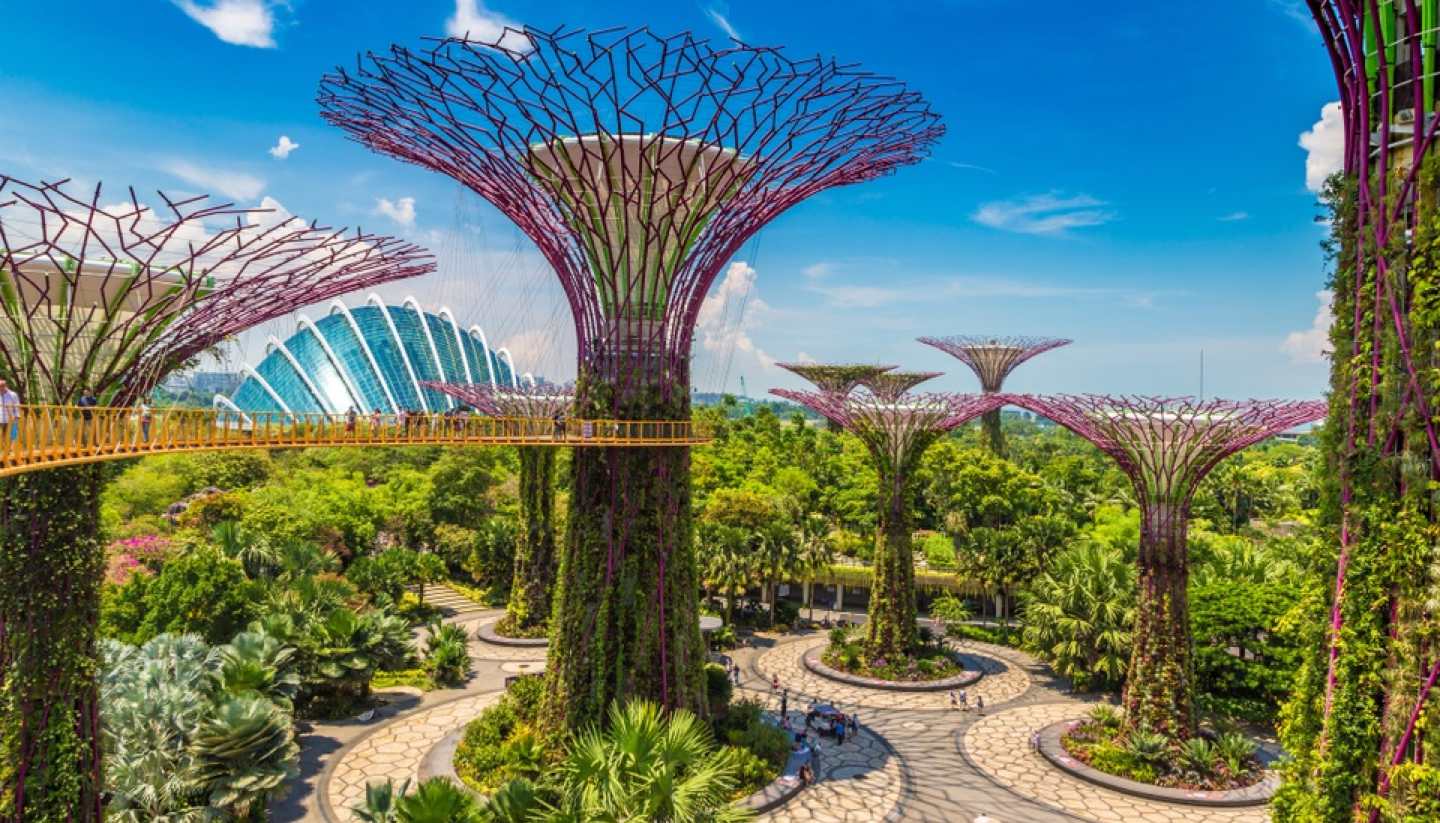 The city-state of Singapore, blending a heady mix of Asian cultures with a constant drive for progress, has been hosting travellers from around the world since Stamford Raffles established it as a trading post of the British East India Company in 1819.

Remnants of the British colonial era can still be found in some fine 19th-century architecture, although the country’s skyline is constantly changing with new buildings springing up like sprouting pea shoots after a night of rain. At the moment, the futuristic triple-towered Marina Bay Sands is widely considered as the most iconic building in Singapore.

Although earlier settlements had existed on the island, the real development of Singapore came after 1965 when the country, led by the visionary Lee Kuan Yew, took control of its own destiny and slowly but steadily, morphed into a global commerce, finance and transport powerhouse over the next few decades.

Today, Singapore is home to an ethnic mix of Chinese, Malays and Indians, as well as expats from across the world. Naturally, there are four official languages in Singapore: English, Mandarin, Malay and Tamil. All ethnic groups live harmoniously in this compact country and major ethnic holidays are considered national public holidays. Underpin this achievement is Singapore’s relentless effort on a fair multiracial meritocracy.

The country’s multi-ethnic culture and heritage are reflected in a multitude of flavourful cuisine. The best part is, you don’t need to spend big to eat well as pot-steaming hawker stalls are ubiquitous (one of the hawkers was even awarded one Micheline star). Equally, there is no shortage of classy restaurants offering creatively presented dishes that will make a small dent in your wallet.

Housed in a row of beautifully restored 1920s shophouses, Naumi Liora is a 79-room boutique hotel in the heart of Chinatown.

There are quite a few capsule hotels in Singapore catering to those seeking an authentic and fuss-free experience. Located in the Kampong Glam neighbourhood, The Pod @ Beach Road offers a basic sleeping pod for a reasonable fee. Bathroom and toilet facilities are shared.

A national monument, named after Singapore's founding father, Thomas Stamford Raffles, Raffles Hotel Singapore is a high point on the sightseeing trail. This hotel is currently closed for restoration with a plan to reopen in the second half of 2018.

This high-rise luxury hotel in Singapore has some of the best rooms on the island. The top-floor Ritz-Carlton Club has a lounge with 360° views and cocktail bar. Location wise, it is within walking distance to the Singapore Flyer and Marina Square Shopping Centre.

Located on a cliff top overlooking the South China Sea Sofitel provides an escape from the hustle and bustle of the big city. Each room decked out in soothing pale fabrics and dark-wood floor is modern and spacious.