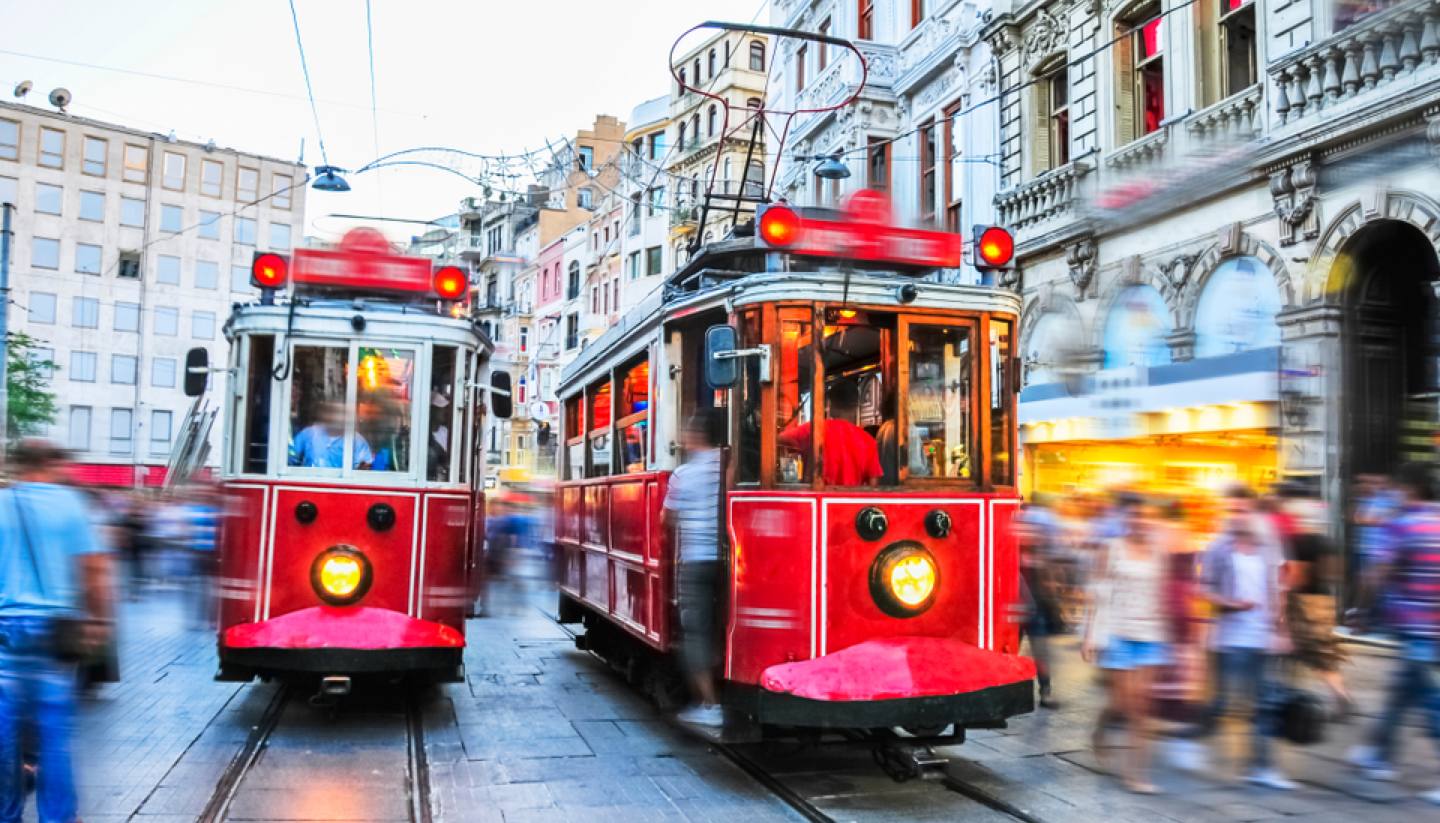 Istanbul's amazing cultural heritage is in part due to its location straddling the Bosphorus Strait. At a crucial confluence where Europe meets Asia Minor, the city can legitimately claim to be the point at which east meets west.

First Byzantium, then the Byzantine's capital of Constantinople, this much fought over city fell to the Ottomans in the 15th century, after which it morphed into Istanbul. Although Istanbul is not a capital of Turkey now (Ankara is), this bustling, modern and creatively-driven metropolis – one of the biggest cities in the world with around 15 million people – pulsates with energy.

Through most of its 2,500-year-long history, Istanbul was a cultural melting pot. Today, the city is largely Turkish, but feels extremely cosmopolitan – perhaps due to the reach of the Ottoman Empire, which at its height stretched from the Balkans to Egypt.

UNESCO has declared much of the old city area as UNESCO World Heritage sites and the mind-boggling myriad of monuments here are well worthy of the title. The Aya Sofya (also known as Hagia Sofia) is the greatest of all Byzantine churches, while mammoth Ottoman mosques and palaces, and remains of Byzantine walls and cisterns all stand testament to Istanbul's past role as the crown jewel of empire-builders.

For most visitors Istanbul is all about Sultanahmet and the old city's liberal swag of museums and monuments are definitely the highlight attractions. But juxtaposed with the visible glory of its history is Istanbul's frantic pace of 21st-century life; with busy traffic-choked streets, classy shopping hubs and countless cafés. The city boasts a flourishing arts and music scene too with the hippest bars, clubs, art galleries and designer fashion outlets found facing off to Sultanahmet on the opposite (northern) shore of the Golden Horn in Beyoğlu.

Cross the Bosphorus Strait to Istanbul's eastern shoreline, and you've crossed from Europe to Asia with no passport involved. Here, the district of Kadiköy is where to come for a slice of local life, with a bustling street market scene, good shopping and a vibrant nightlife and dining culture that is beginning to give Beyoğlu a run for its money.

With a history dating back to the heydays of the Orient Express, this establishment has seen many writers (Hemingway being one of them), artists and actors step through its doors. Though the hotel has had many rounds of renovations over the years, the 1900s atmosphere is still very much palpable and underlined by the dark wooden interior and velvet drapes. It's also within walking distance to Taksim square, and near to many theatres and restaurants.

Right on the Bosphorus Strait's shoreline and partly housed in a former Ottoman palace, the Kempinski boasts some of the most opulent rooms in Istanbul. The waterfront pool terrace offers unparalleled Bosphorus views while the bar, restaurants and spa offer plenty of opportunity to swaddle yourself in luxury.

Side Hotel and Pension

In prime position, slap in the middle of Sultanahmet's historical quarter, this family-run hotel has long been a budget traveller institution. The simple rooms are spick-and-span and decently sized and the roof top terrace (where breakfast is served) has excellent views over the old city’s domes and minaret punctured skyline.

This family-run boutique hotel offers an old-world atmosphere trussed up with modern conveniences in an Ottoman-era mansion. The smallish rooms have polished wood floors and are classically styled while the rooftop cafe has views of both the Blue Mosque and the Sea of Marmara.

Sleek design and ultra-friendly service make the Ibrahim Pasha stand out in the crowded Istanbul accommodation market. Little extras such as complimentary fruit in rooms and Molton Brown toiletries in bathrooms add a luxurious feel while staff go out of their way to help guests, creating a home-from-home vibe.

Quirky folk art touches, Central Asian textiles as bedspreads and the odd antique give the Empress Zoe’s rooms plenty of quirky appeal. Set within a row of Ottoman era mansions, with a lush garden and a rooftop terrace with views over Sultanahmet’s Byzantine period walls, this hotel brims with character.