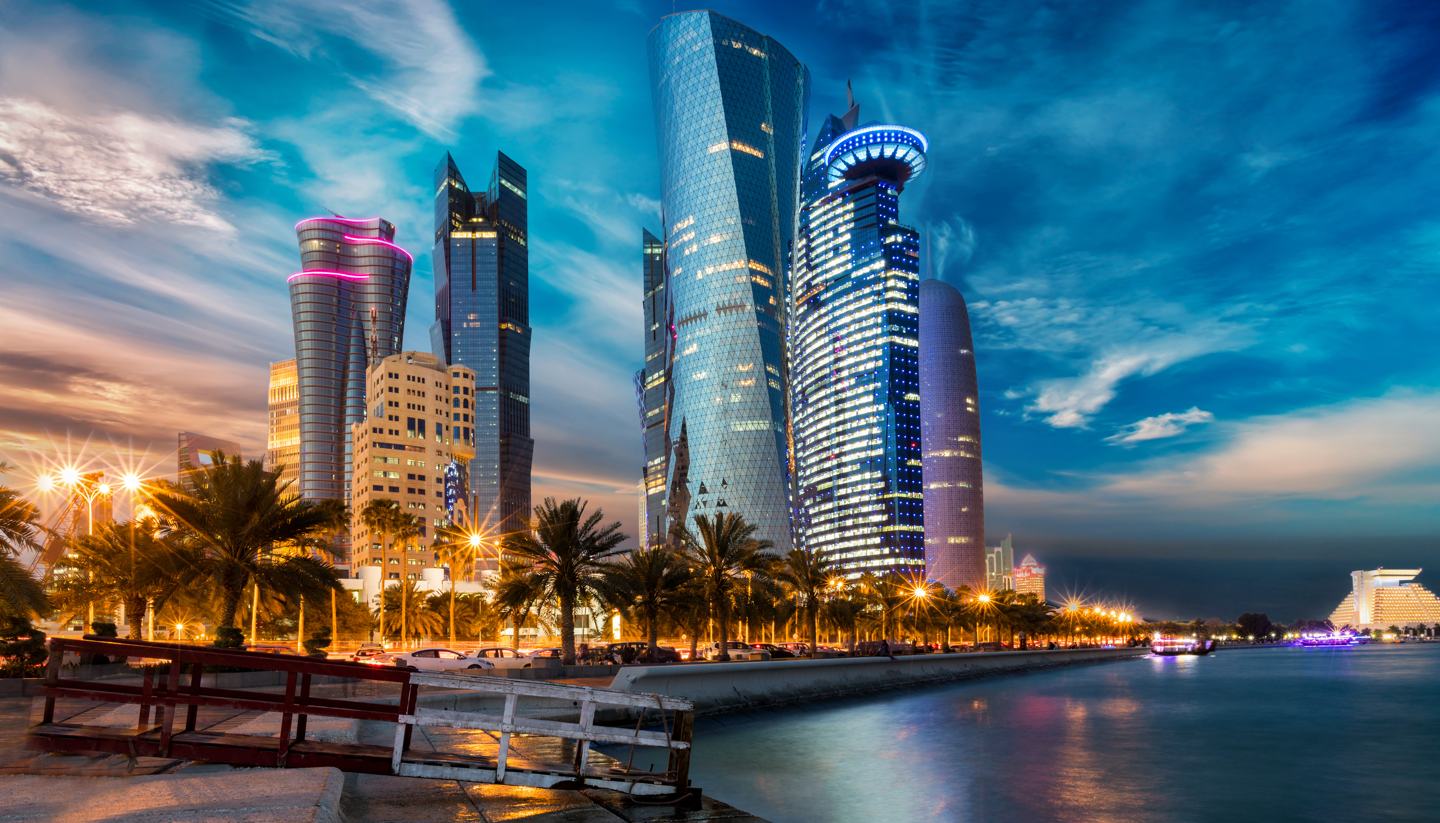 Occupying a small land on the eastern coast of the Arabian Peninsula, the sovereign state of Qatar has a dry, subtropical desert climate with low annual rainfall and intensely hot and humid summers.

The weather in Qatar can be broadly grouped into two seasons: hot (May to October) and cool (December to February). March, April and November are transitional months, meaning the weather is hot but tolerable.

The best time to visit Qatar is from December to February when the temperatures are mild with average highs ranging between 22°C (72°F) and 25°C (77°F). January is the coolest month with temperatures ranging from 14°C (57°F) to 22°C (72°F). Temperatures start to climb in February and by March, the average high is back to 29°C (84°F). November and March are ideal times to visit too if you like warmer temperatures.

Although the cool period is the best time to visit Qatar, bear in mind that rainfall, however scarce, occurs during this period too, and the rains come mostly in heavy cloudbursts and thunderstorms.

The hot period (May to October) is best avoided. July is often considered the hottest month with temperatures ranging from 32°C (90°F) to 43°C (109°F) – although it's not unusual for the thermometer to reach an eye-watering high of 50°C (122°F) in July and sometimes August. If you're visiting during the hot period, you may find yourself seeking refuge in one of the many air-conditioned malls. After October, things start to cool down and by November, you can expect an average high of 30°C (86°F).

Because Qatar is a small and flat country, there is little regional variation in the weather, although coastal areas may be slightly cooler than inland. Doha, the capital of Qatar, is highly urbanised which can make the weather in Doha feel slightly hotter than it is. See our guide on weather in Doha and the best time to visit.

Lightweight cotton and linen are recommended throughout the year. A cardigan is useful for the cooled malls while a jacket is a must for cooler evenings during the cool season. If you intend to take a camping trip from January to March, you'll be glad to have packed an extra layer of clothing for night time.

Although women visitors do not need to wear a hijab (headscarf) or abaya (full-length black cloak), loose-fitting cotton dresses that cover your shoulders and knees are ideal. Avoid anything that is tight or revealing. Men should also dress modestly. Beware that bikinis and beachwear are acceptable at the hotel pool but not in public places.

The Qatar peninsula is about 160km (99 miles) from north to south and 80km (50 miles) from east to west. Much of the country consists of low-lying desert but has elevated limestone plateau in the centre of the country. There are no rivers or freshwater lakes in Qatar.

On the east coast of Qatar, there is a large area of mangroves near Al Khor on the northeastern side. The coastline then transforms into large sabkha (salt flats) as it inches towards the southeastern end. In the south of the country, Khor Al Adaid, translated to as 'Inland Sea', is where the sea, together with the surrounding large tidal embayment, spills into the desert, creating a unique landscape.

On the northern side of the country, there are small pockets of agricultural lands used for growing dates, along with some vegetable patches.

On the west coast of Qatar lies the Dukhan Field, the country's main oil field. Geographically, there are several small hills stretching from Dukhan towards the border with Saudi Arabia.