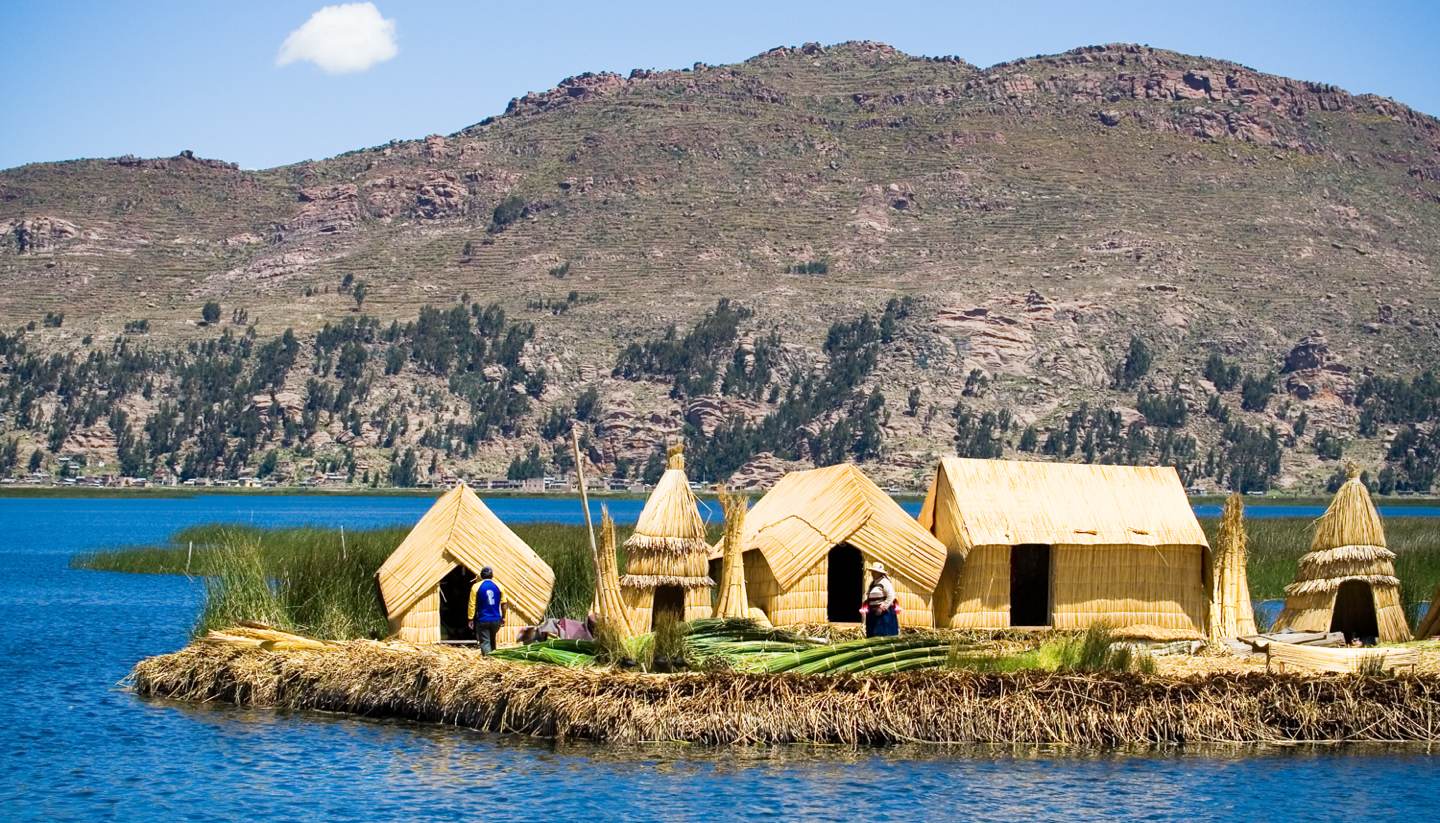 When you're isolated from the mainland, pretty much anything goes. Literally. Just to prove it, here are 20 islands that show just how wild it can get out there

Just outside Mexico City lies the eerie “Island of the Dolls”. The trees here are adorned with dolls, once a touching memory but now a decidedly disturbing tableau of decapitated plastic heads and severed limbs.

The legend goes that island caretaker Don Julian Santana Barrera hung the first doll up in memory of a nearby girl who had drowned. 50 years and many more dolls later, he was found dead, drowned in the same place that the girl had died. Nowadays it’s considered a charmed place, and locals will happily share tales of the dolls whispering and moving. Just don’t visit at night, or you’ll be having nightmares about those soulless eyes for weeks. 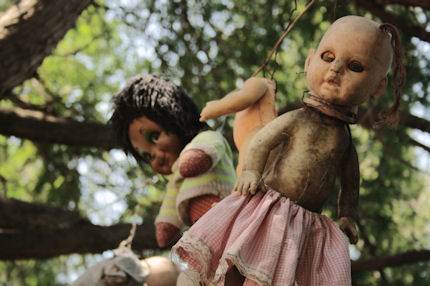 The eerie Island of the Dolls, just outside Mexico CityCreative Commons / Esparta Palma

You won’t feel the sand between your toes when you step onto Fadiouth. That’s because this Senegalese islet – known as ‘Shell Island’ – is made entirely out of mollusc shells, accumulated over many generations. Here shells are a part of life, embedded in the very architecture.

Despite 90% of the people in Senegal adhering to Islam, the island is known for having a cemetery marked by Christian crosses. Buried in abandoned shells, these graves give a new meaning to the phrase “beauty in death”. 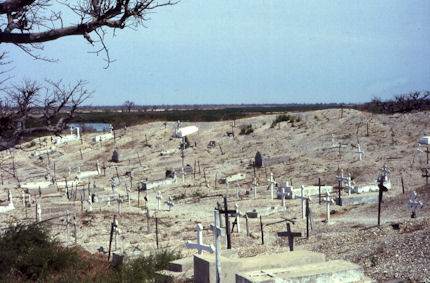 This uninhabited island in the Bahamas is also known as “Pig Island”, taking its name from the 20 or so plucky pigs that regularly swim around its sunny shores. Discovered by a photographer, the island has since become a worldwide tourist destination, and the pigs have adapted to this lifestyle seamlessly.

Nobody knows how the pigs got to the island, but they’ve been there many years and seem quite at home. They also like to swim out to the boat to grab food from tourists, and are known for being exceptionally friendly. If you fancy a swim with a porker, then jump into the crystal clear waters and follow them back to their island retreat. 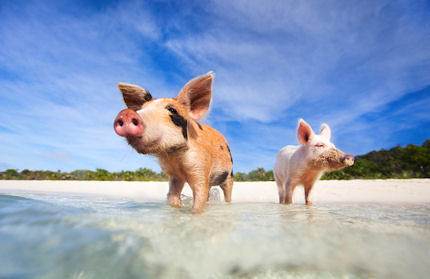 Billed (albeit incorrectly) as the “smallest country in the world”, The Principality of Sealand is an unofficial island nation founded on the remains of HM Fort Roughs, a former WWII fort located off the coast of Suffolk. It was founded by the late Mayor Paddy Roy Bates, who seized the facility from a group of pirate radio broadcasters in 1967. Since then it has created its own currency, fielded national athletes at international events and even composed its own anthem. Not bad for a place with a two-digit population. 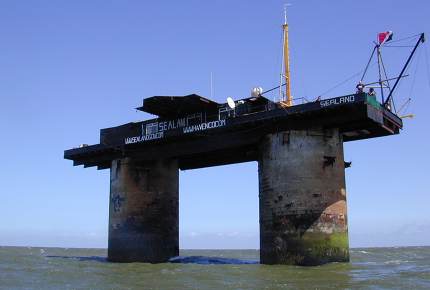 Just off the coast of Yemen lies a small slice of what looks like another world. Socotra Island is home to around 800 rare species of flora and fauna, many of the which cannot be found anywhere else on the planet.

What gives the island its alien look are the ancient plants that inhabit the surface, with some varieties nearly 20 million years old. Dragon’s blood trees – so named for the crimson sap they produce – are probably the most distinctive of them all, dotting the surface with leafy umbrellas. 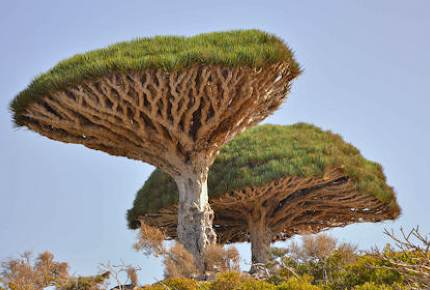 Uninhabited since the 1960s, North Brother Island was originally home to a hospital treating smallpox and other quarantined diseases. It came into prominence while it housed “Typhoid Mary” Mallon, quarantined as the first person with Typhoid fever, later becoming a place for war veterans and, finally a centre for drug addicts.

Today, North Brother’s derelict buildings and untamed flora are a haven for birdlife. The authorities want to keep it that way, too, and have declared this island – located in the East River near the Bronx – off-limits to the public. 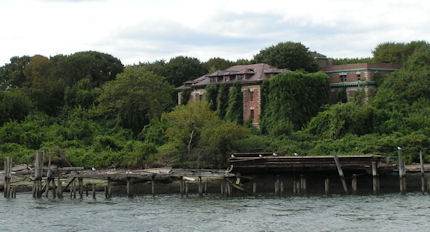 Also known as ‘Rabbit Island’, this charming Japanese isle takes its name from the wild bunnies that inhabit it. Though the rabbits are wild, they’re so used to tourists that they often let these visitors feed and play with them.

The island wasn’t always quite so sweet and innocent though – it was previously home to a poison gas factory, which brought a colony of rabbits to the island for testing purposes. The current bunnies however are not descendants of that unfortunate colony; to find out what happened to them, you’ll need to visit the Poison Gas Museum, also housed on the island. 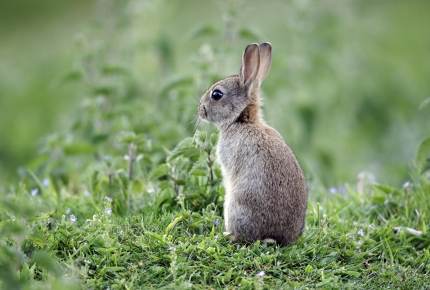 Okunoshima Island is home to hundreds of rampant rabbitsMikeLane45 / Thinkstock

In the middle of Lake Titicaca lies a living relic of the past. The indigenous Uru people of Peru have preserved their floating lifestyle for centuries, living on man-made rafts crafted from nearby totora reeds.

A tour here will take you through the houses, farms and even schools all floating or the lake. It’s a unique experience, and despite the touches of modern lifestyle (solar panels and motor boats), it’s a monument to a historical way of life. 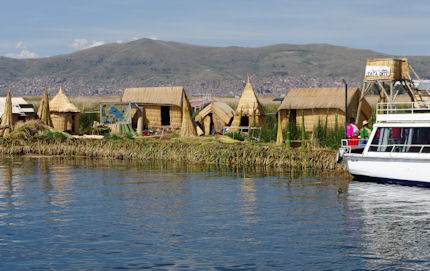 Floating in the Solent, this fort was built in the late 19th century to defend southern England from a nautical invasion. However, after WWII, it was eventually declared surplus to requirements, and sold on to private owners.

Now it houses a luxury spa and hotel, catering for those clients who are looking for something a little more unique from their hotel. Whether it’s an island or not is debatable, but when you look out of your window at nothing by roiling sea, we doubt you’ll be able to tell the difference. 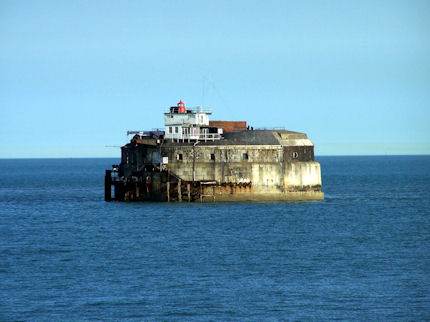 Commonly known as Bouvet Island, this sub-Antarctic speck of land is considered to be one of the most remote in the world. Claimed by Norway in 1930, an abandoned lifeboat was found beached here in 1964 with no trace of human remains.

Covered in ice and snow, the 19 mile (30.6km) island and the surrounding waters are an important breeding ground for seabirds, whales and seals, and have been a nature reserve since 1971. 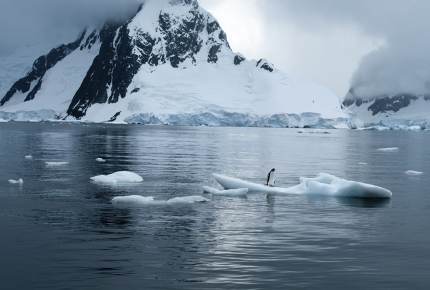 Remote Bouvet is a nature reserve for seals, whales and seabirdshfrankWI / Thinkstock

As far as the Guinness Book of World Records is concerned, Bishop Rock – located just off the southwestern tip of the Cornish peninsula, in the Isles of Scilly – is the world’s smallest island with a building on it. That building is Bishop Lighthouse, completed in 1858 and still guiding ships away from the rocks to this day.

Space is limited (the lighthouse barely fits on the rock) but the building does boast a helipad to allow for maintenance. As a destination it’s also been in several TV shows, and even inspired an orchestral piece. 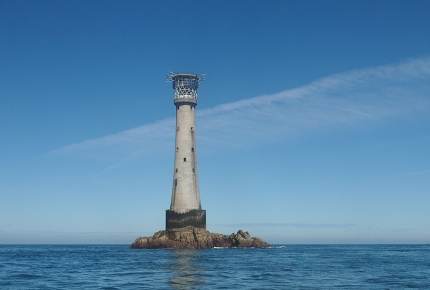 Forming part of the Prince Islands in Istanbul, Heybeliada is the antithesis to the hectic city – motor vehicles besides ambulances and police cars are banned and the only way around is by foot, bike or horse.

The most notable landmark on the island is the Hagia Triada Monastery, home to a Greek Orthodox theological school which opened in 1894. Though closed now, there is an international campaign to reopen it. In the meantime, visitors can occupy themselves in the many restaurants or on the surrounding beaches. 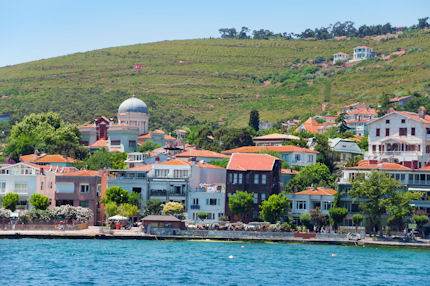 Vulcan Point claims to be the largest third-order island in the world (you might want to look that up). As tourism booms in the Philippines, this natural phenomenon will soon be firmly on the map. Visitors venturing there should beware, though – the island forms part of the active Taal Volcano, which is prone to violent eruptions. 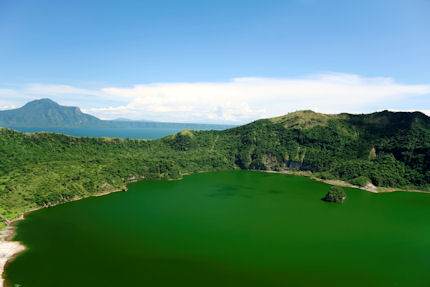 Located off the coast of Sao Paulo, this island is best known as ‘Snake Island.’ The name comes from the abundance of Golden Lancehead vipers that live on the island, the species being endemic to the island. Due to the snakes being highly venomous, the Brazilian Navy has forbidden public access to the island.

There are no documented cases of bites by this snake, because nobody has survived long enough to make it to the hospital. A family used to live there in the 1920s to keep the lighthouse maintained, but they all died after being bitten by the snakes, the rescue team sent to find them suffering a similar fate. 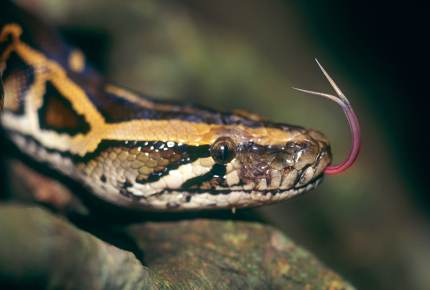 With pretty palm trees, saffron sands and turquoise tides, Clipperton twinkles innocuously. But don’t be fooled, because there’s a reason why everyone who has ever tried to inhabit this island has failed. There’s no fresh water on the island, meaning inhabitants would need regular shipments to survive here, as one group of unfortunate people found out.

When Mexico sent over a small community to guard the island, they assumed they would be able to send them supplies for as long as necessary. However, in 1914, war stopped any contact with the island, leading to many of them dying of malnutrition or simply drowning. By the time the rescue ships found them several years later, the self-imposed tyrant dictator of Clipperton was lying murdered in the sand and the few women left alive were almost out of hope. The island hasn’t been inhabited since. 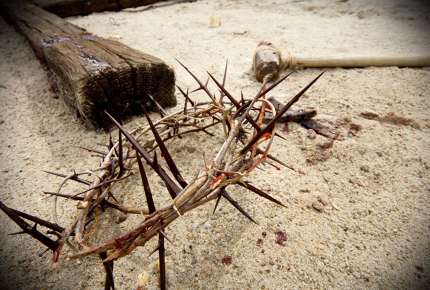 Meaning ‘the lovers’ in Khmer, this private island is living up to its name as it attracts a growing number of honeymooners and well-heeled romantics. Lovebirds come to enjoy sun, sand and solitude on this tropical island – that and the 5-star facilities, which make this one of the most luxurious islands in Southeast Asia. 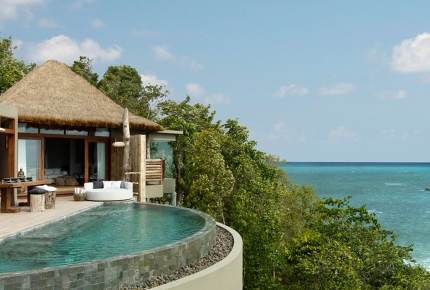 One of the most remote islands on Earth, Palmyra is also one of the eeriest. Located in the Pacific Ocean, south of Hawaii, it has a history of supernatural events and mysterious deaths, most infamously a double murder in 1981.

Perhaps the haunting aura has something to do with the many dead sailors claimed by the nearby reefs, in which unusually aggressive sharks patrol. Whatever the reason, tourists have stayed well clear, allowing wildlife to thrive relatively unhindered. 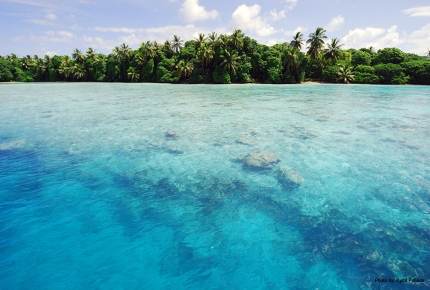 Alluring but eerie, Palmyra was the scene of a gruesome murderCreative Commons / Kydd Pollock

Said to be the most haunted island in Italy, this floating graveyard was used as a quarantine colony for over 100 years. To this day human bones still wash up on the shores of its ashy beaches, formed from blackened human remains.

Poveglia is also home to an abandoned mental hospital, where, legend has it, a doctor once threw himself from the bell tower. These days its closed to the public and only visited by the occasional paranormal activist. 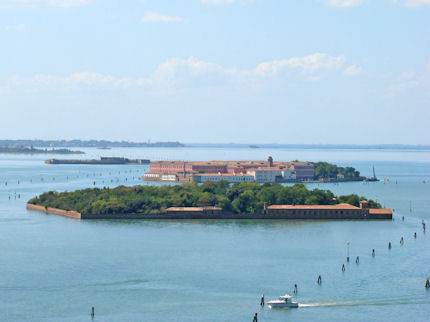 The location of the Sovereign State of Forvik is an unofficial island nation near the Shetlands in Scotland. The owner and sole occupant, Stuart Hill, founded the island in 2008 as part of a campaign to gain independence for Shetland from the UK.

Though legal debates surrounding the islands are numerous, this has not stopped Hill (nicknamed “Captain Calamity” after crashing a boat into the island) from using the island as a platform to encourage Shetland to declare independence. 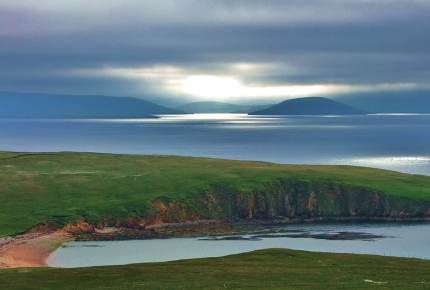 Like the Shetlands, Forvic is blessed with natural beautyCreative Commons / Pete + Lynne

The inspiration behind art, literature and legend, Flatey Island is where one of the most important Icelandic saga manuscripts was found in the Middle Ages. The island is also important for seabirds such as puffins, fulmars and cormorants, which nest on Flatey Island during the summer, when the sun shines for scorching 21 hours per day.

There is also a small town still in seasonal operation, active in the summer but with many residents leaving to avoid the harsh winters. In the past the town enjoyed a massive population, but these days it is all but abandoned. 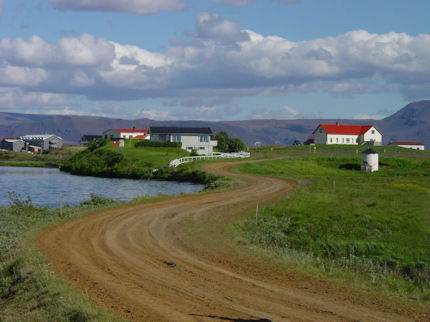