The 10 best pilgrimages for modern travellers 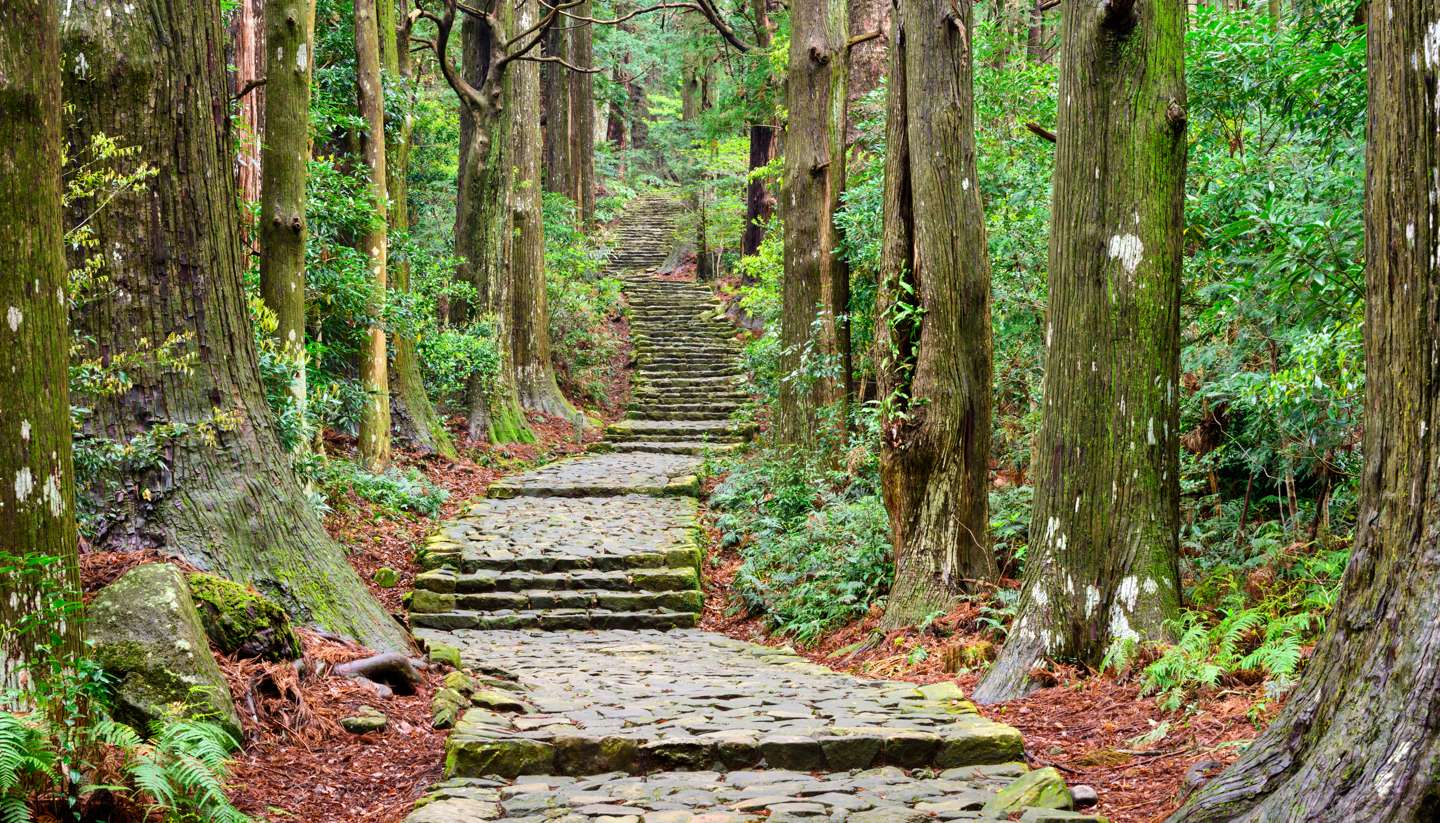 Searching for spirituality or moral sanctuary? We unearth 10 of the best pilgrimages to cleanse the modern soul.

In a world of gadgets and instant gratification, a pilgrimage seems like an archaic concept. Something lifted from the pages of a medieval text, perhaps. But, as increasing numbers of us seek refuge from the demands of modern life and its electronic distractions, venturing into the wilderness in search of spirituality has never seemed more appealing.

So we’ve picked 10 pilgrimage routes from around the world worthy of the long walk. Some are rooted in the world’s major religions, while others are simply about taking on a challenge and enjoying an authentic cultural experience.

The Way of St James, France and Spain 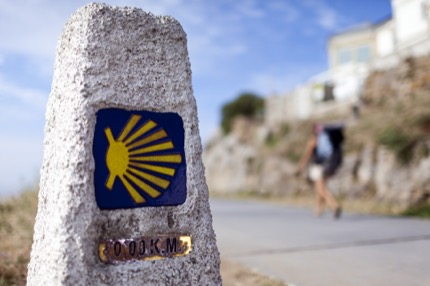 A series of signs guide travellers along the pilgrimage route

The Way of St James (or Camino de Santiago) is arguably one of the most famous pilgrimage routes in Europe, with over 200,000 people undertaking the journey to Santiago de Compostela, the alleged resting place of St James, every year.

The most popular route is the so-called ‘French Way’. Beginning in the southern French town of Saint-Jean-Pied-De-Port, pilgrims cross the Pyrenees through Lower Navarre and proceed through northern Spain to the iconic cathedral.

The long stretch weaves its way between picturesque towns and vast cornfields. Accommodation takes the form of basic, family-run hostels dotted along the route. The journey takes around four weeks in total.

How far? 780km (485 miles)
Where? Southern France & northern Spain
When should I go? April to September 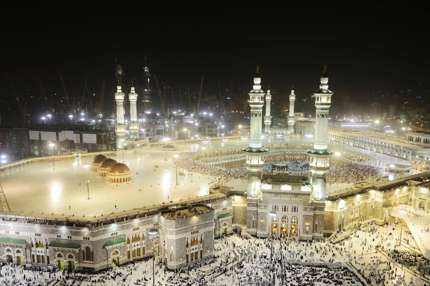 Regarded as the holiest place in Islam, it is a religious duty for all able-bodied Muslims to attempt the pilgrimage to Mecca (Hajj) at least once in their lifetime. The holy mission culminates in a visit to the Masjid al-Haram mosque, the largest mosque in the world, or more specifically the Kaaba – a cuboid building in the centre of the mosque – which all Muslims must face when performing salat (prayers).

Unfortunately, it is strictly prohibited for non-Muslims to visit the holy city of Mecca. However, Medina, the second holiest city in Islam and burial place of the prophet Muhammad, does allow non-Muslims to enter, though certain areas remain restricted.

How far? Variable
Where? Mecca, Saudi Arabia
When should I visit?Hajj 2018 begins 19 August 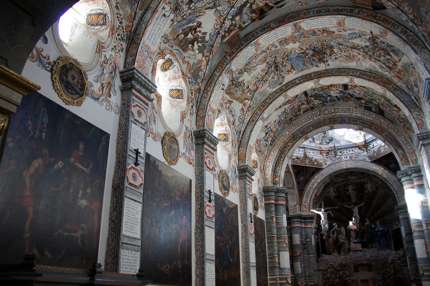 The ceiling of the Atotonilco draws comparisons with the Sistine

Known colloquially as the Sistine Chapel of Mexico, this church and popular pilgrimage site is an intense mix of beauty and brutality. The chapel’s spectacular ceiling, which took artist Antonio Martínez de Pocasangre over 30 years to complete, depicts – in rather gruesome detail – images of Jesus Christ being beaten and tortured, and has consequently led to the chapel becoming a pilgrimage site for those who engage in religious penance.

Two weeks before Easter each year, over 5,000 Christians from Mexico gather at Atotonilco to engage in spiritual exercises, which include mortification of the flesh through flagellation and fasting. On Saturday at midnight, a procession embarks on an all-night pilgrimage to arrive in San Miguel de Allende at the break of dawn on Sunday, kicking off a long list of holy events leading up to Easter.

How far? 11km (7 miles)
Where? Guanajuato, Mexico
When should I go? Easter 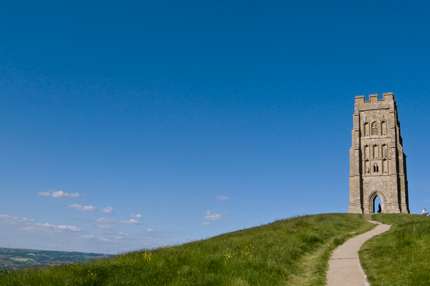 The Tor provides fantastic views of the English countryside

Pagan traditions envelope these two mystical sites in the heart of the English countryside. A journey to the summit of Glastonbury Tor, a hill on which stands the roofless Grade I-listed St Michaels Tower, is said to lead the pilgrim on a journey of rebirth, returning as a new person. While this transformation may not be a guarantee, the stunning view of the Somerset countryside has many pilgrims flocking to the summit each summer.

Within a 15-hour hiking distance from The Tor lies the remarkable Stonehenge, a UNESCO World Heritage Site, that’s thought to have been constructed as early as 2600 BCE. The stone circle has long been the site of ceremonies for neopagans and druids. Time your journey right and you could join the 10,000-strong crowds who gather each June to celebrate the summer solstice.

How far? 70km (44 miles)
Where? Glastonbury and Amesbury, England
When should I go? June 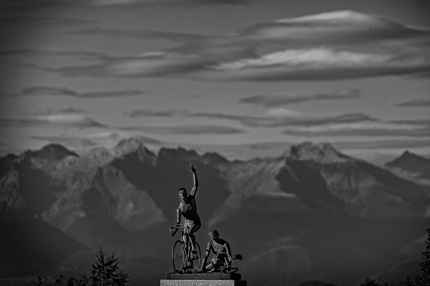 A statue outside the church honours cyclists

A pilgrimage for those who prefer pedal power to power walking, the 17th-century Madonna del Ghisallo chapel in Lombardy is the mecca of the cycling world. Dedicated to La Madonna Del Ghisallo, the patroness of cyclists, the chapel’s interior walls proudly display glass-framed jerseys from some of the best riders in the world. Along with an incredible collection of memorabilia, the chapel also burns an eternal flame for cyclists who have lost their lives competing in the sport.

The ride to the site from the nearby tourist town of Bellagio is suitably challenging, being around 10.6km in length and climbing 552 meters. 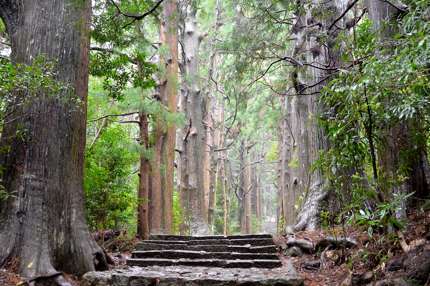 The Kumano Kodō criss-crosses through the Japanese mountains

The Kumano Kodō is the name given to a series of ancient pilgrimage routes that criss-cross their way through the mountainous Japanese Kii Peninsula to the revered Kumano Sanzan temple complex, the birthplace of the Kumano cult.

The route through the mountains is breathtaking, both due to the rugged mountain landscape and the tiny traditional wooden villages that line the walkway. The most popular of the pilgrimage routes is from Takijiri-oji, the gateway to the sacred area of Kumano, with an optional overnight stay in a traditional minshuku (Japanese-style bed and breakfast) at the tiny village of Chikatsuyu-oji. After completing the long trek to the sacred site, travellers can relax in the only UNESCO World Heritage hot spring open to the public in Yunomine – for the reasonable price of 770 yen, the bath is yours for 30 minutes.

How far? 17km (10.5 miles)
Where? Kii Peninsula, Japan
When should I go? March-May, September-November

The Lagoons of Huaringas, Peru 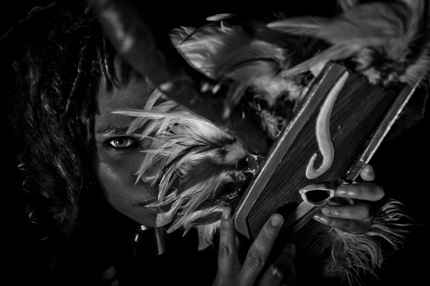 Shaman are revered for their mystic healing powers

The 14 ponds and lakes of the Huaringas in Peru are a popular pilgrimage for those searching spiritual healing from the sacred Shaman or Witch Doctors that reside in the area. These ‘healers’ perform ceremonies to those who are facing ills, often using Ayahuasca, a hallucinogenic drink, which claims to cure everything from depression to the common cold.

Pilgrims who have made the journey to visit the Shaman are inducted into special ceremonies. First, the weary traveller visits the lakes to bathe in icy waters which are said to absorb diseases and restore positive energy. This is followed by a more intimate ceremony that takes place at midnight in the home of the ‘healer’. In a half-conscious state, the Shaman uses his invisible power of healing to cure all participants of their woes. Booking through tour operators is advised.

How far? Variable
Where? Huaringas, Peru
When should I go? June-October 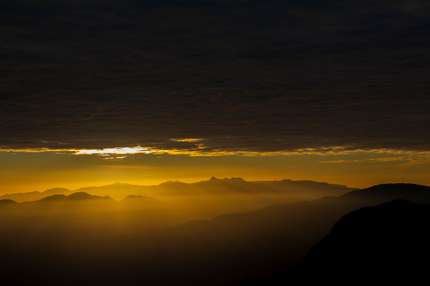 The incredible view from Adam's peak

Cast into a rock atop this verdant peak is said to be the sacred footprint of Buddha. Competing claims are made by other faiths; Muslims say the impression is the first footstep of Adam (of Eve fame), Hindus believe it was made by Shiva.

Whoever it belongs to, this stunning summit in central Sri Lanka attracts thousands of pilgrims every year. Most climb in the cool of night, taking breaks from the steep ascent at one of the many tea shops en route. Time it right and visitors can watch a dazzling sunrise over Sri Lanka before checking out the mystery footprint.

How far? 7km (4.3 miles)
Where? Sri Lanka
When should I go? December-April 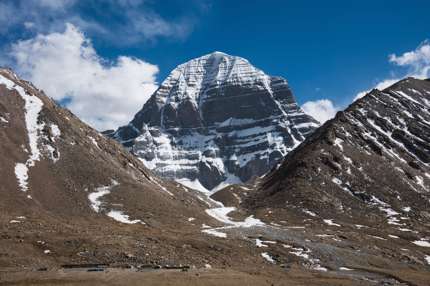 The perilous northern face of Kailash

Every year thousands of people from numerous faiths make the pilgrimage to the remote Mount Kailash, believing that circumnavigating the mountain on foot will bring good fortune. Some claim the 52km trek must be made in a single day, while diehard believers crawl the entire route – a feat that takes roughly four weeks.

Officially, walking around the holy mountain has to be done on foot, pony or yak, which takes most travellers three days. Nobody has ever reached the summit of the holy Mountain, and while the path circling Kailash is widely used, it is strictly forbidden to attempt the climb. 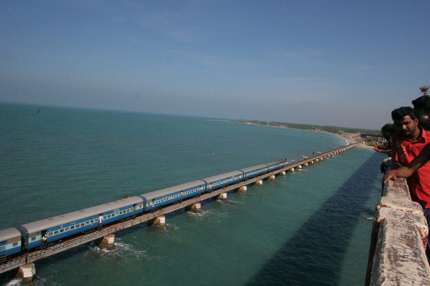 Char Dham is the ultimate pilgrimage for those looking to embark on a journey of cultural discovery. The Char Dham, widely revered by Hindus, is a pilgrimage route that leads people to the four sacred sites of India; Badrinath in the north, Rameswaram in the south, Dwarka in the west, and Puri in the east. It is considered highly sacred to visit Char Dham (all four sites) in a Hindu’s lifetime.

The journey of 6,276km is a test both physically and mentally, and unlike many of the pilgrimages on the list, it requires travel by foot, motor vehicle and train. Many travellers struggle when selecting a route around this geographic goliath of a nation, but the perfectly square Char Dham itinerary provides a comprehensive, all-encompassing route, which will see you leave the crowds of Goa, Delhi and Mumbai in your wake.