Sizzling beaches or a theme park bonanza might tempt you to Florida, but there’s more to the Sunshine State than golden sands and Disney shows.

That said, Miami is a fabulous place to kick off your sojourn. The city’s sprawling South Beach delivers what the postcards promise: brightly coloured lifeguard huts, promenades of art deco architecture and a steady stream of tanned bods. It’s a place to pedal a powder-blue cruiser, sip refreshing mojitos or shimmy in sultry clubs.

Miami’s not all about the beach, though. Head to a Cuban block party on Calle Ocho in Little Havana, take a dip in the Venetian pool at Coral Gables, or peruse the wares in the Design District.

The Florida Keys archipelago, south of Miami, is a Caribbean-flavoured getaway with beautiful beaches and clear blue waters. For something wilder, head to the sprawling wetlands of the Everglades National Park, home to alligators, manatees and the endangered Florida panther.

Orlando is theme park central. You can whizz through Disney’s Space Mountain or see a real rocket at the Kennedy Space Center located in Merritt Island, less than an hour from the city. Nearby Daytona Beach offers sandy resorts, seaside amusements and a packed calendar of motor racing events.

Along the Gulf Coast in western Florida, the cities of Sarasota, Fort Myers and Naples serve up culture and tranquillity alongside stellar sunsets, while Tampa and St Petersburg boast sweeping beaches and picturesque historical sites.

Tucked in among the rolling hills of North Florida, the state capital, Tallahassee, is a popular university town strictly Southern in tone, and a gateway to the stunning beaches located in the Panhandle. 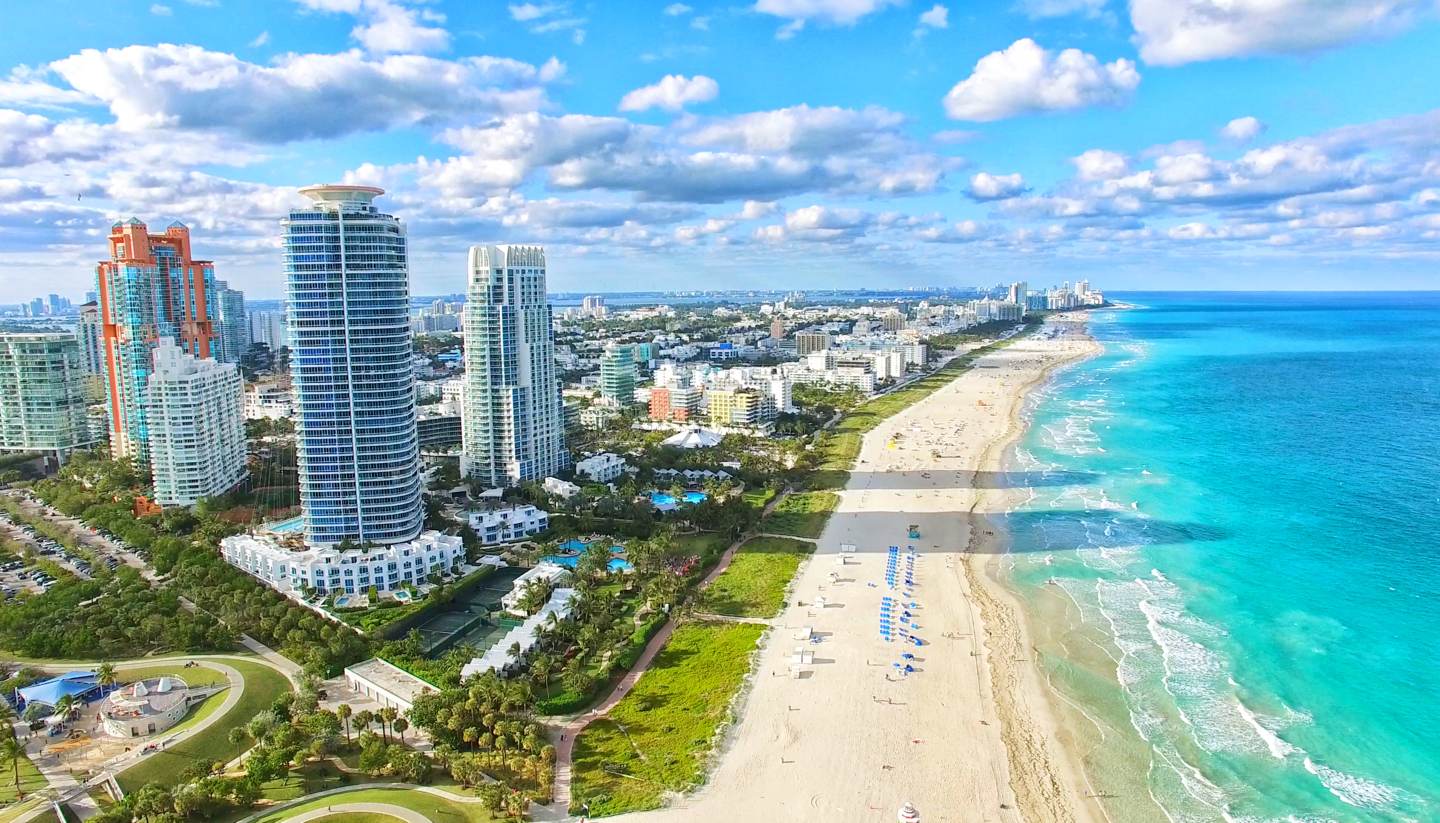