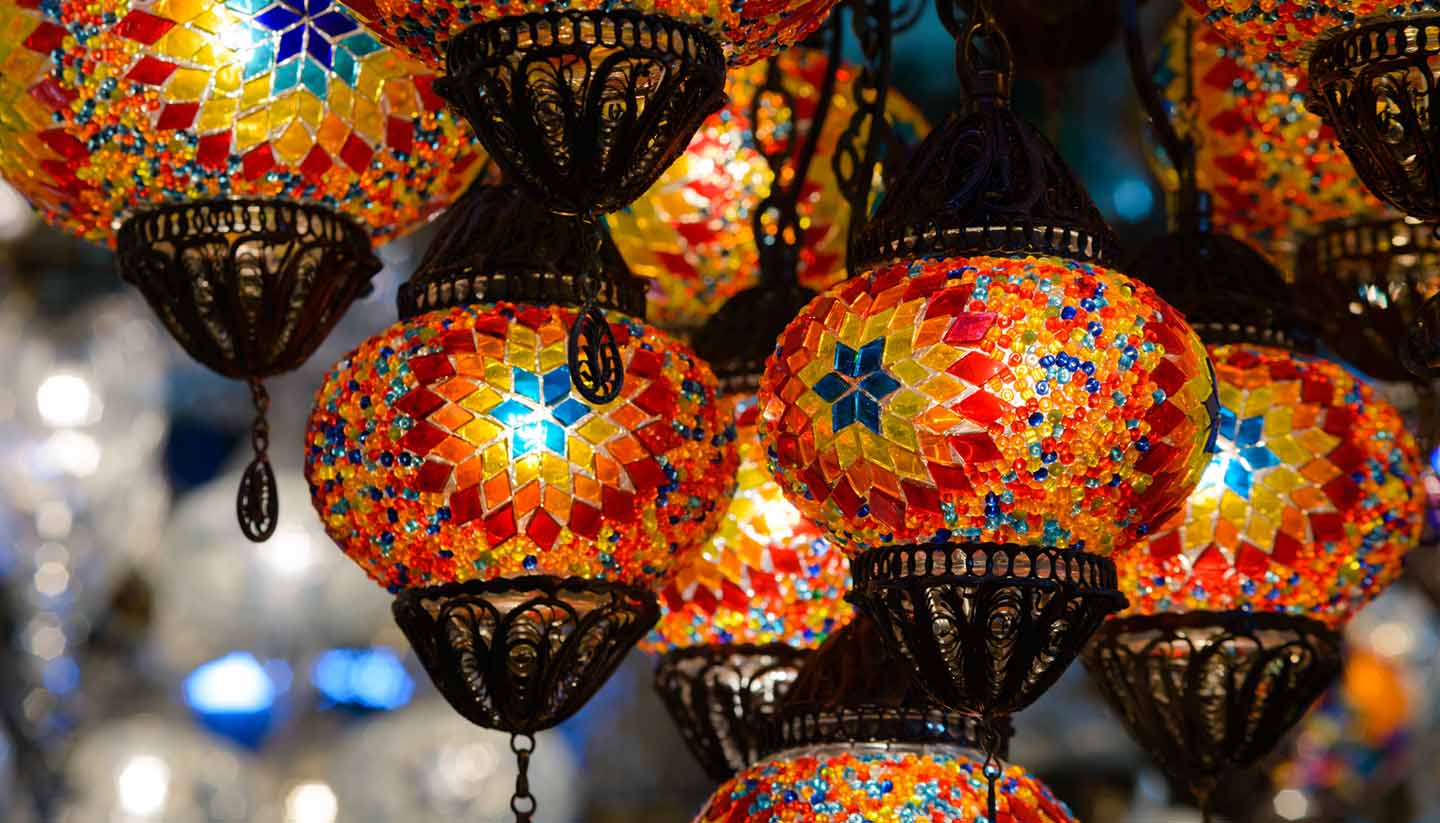 Turkish food combines culinary traditions from the people's nomadic past in Central Asia with influences of the Middle Eastern and Mediterranean cuisine. Such mixed heritage when it comes to food can be the cause of fierce debate when brought up, in particular when it comes to discussing whether dishes are Greek or Turkish in origin. Debate aside, Turkish food is excellent, with wide variation, going far beyond the familiar kebab.

Meat is a large component of the Turkish diet, with lamb featuring heavily and dishes tend to be fragrantly spiced, although they are not as hot as those found in Indian cuisine. Vegetarians will find they are easily catered for, as meze – a selection of sauces, dips and vegetables – can be found on almost every menu and it’s not unusual to them as a main meal. Dolma (stuffed vegetables) are also veggie-friendly dishes.

Guests are usually able to go into a kitchen and choose from the pots if they cannot understand the names of the dishes. A wide range of international cuisine is also available in the major cities, and standard German and British dishes along the coasts.

• Köfte (spicy sausage-shaped meatballs made of minced lamb).
• Shish kebab (pieces of meat threaded on a skewer and grilled).
• Pide (the Turkish equivalent of pizza topped with cheese and eggs).
• Dolma (vine leaves or vegetables stuffed with pine nuts and currants).
• Lokum (Turkish Delight - originally made from dates, honey, roses and jasmine bound by Arabic gum and designed to sweeten the breath after coffee).

Turkey is a secular state and alcohol is widely enjoyed, although during Ramadan it is considered polite for visitors to avoid drinking alcohol in public. Some local restaurants do not serve alcohol. Wine and spirits are heavily taxed and therefore expensive compared with local beers, which are less heavily taxed.

A service charge is included in hotel and restaurant bills. It is customary to leave a small tip (10 to 15%) for barbers, hairdressers, Turkish Bath attendants and waiters in smarter establishments. In inexpensive cafes and restaurants a small gratuity is appreciated. When using taxis, passengers should just round up the fare.