10 of the best night trains in Europe 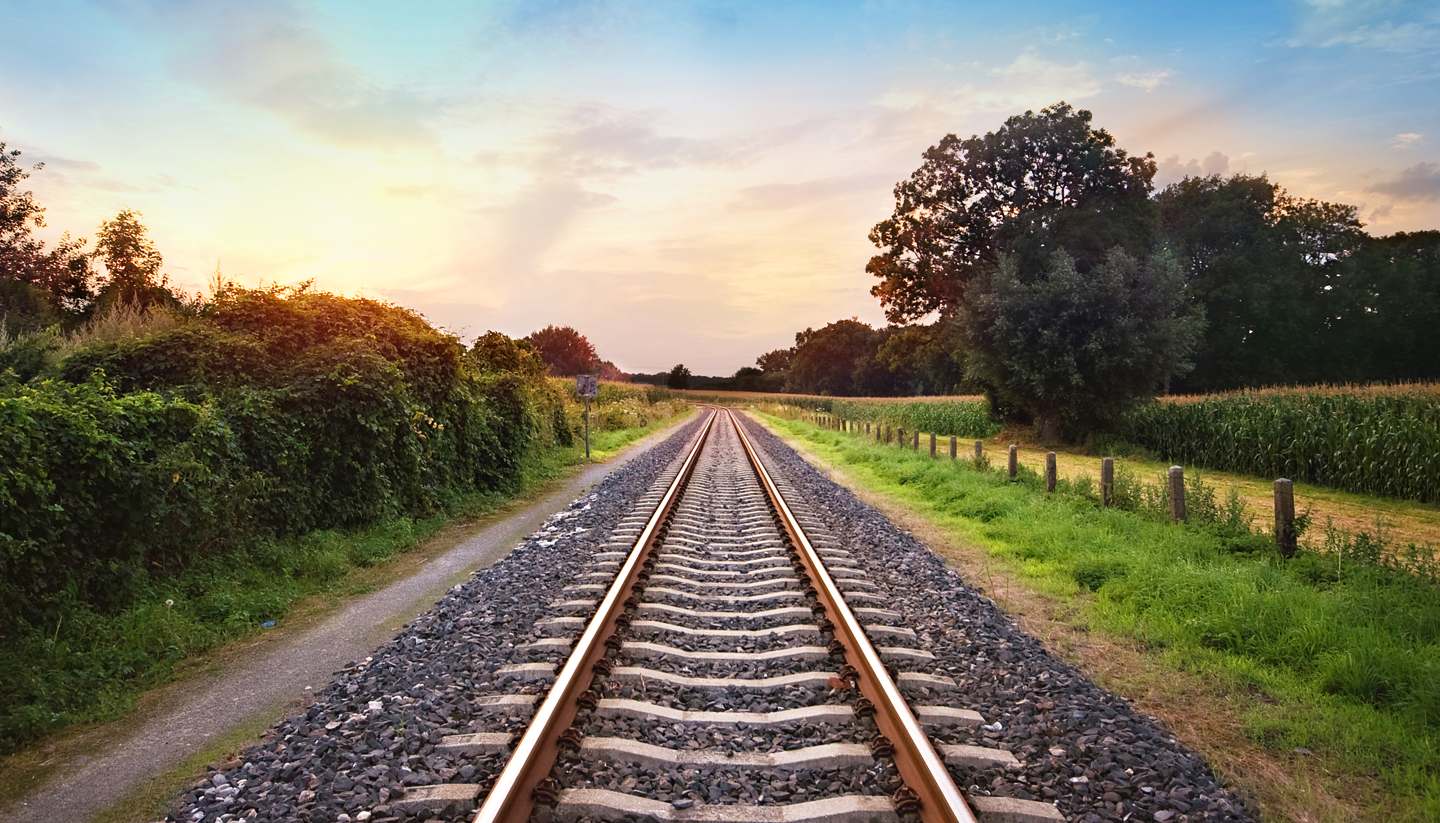 European night trains are becoming something of an endangered species, but these 10 overnight sleeper trains are still holding strong on the continent

A fantastic way to traverse mainland Europe, night trains are cost-effective and environmentally-friendly, considering passengers can save money on hotel rooms and trains produce far less CO2 than planes.

While the prominence of high-speed trains today has resulted in fewer night trains being available, a select few routes are still open to the public and offer the same nostalgic romanticism as the classic overnights of old.

Here are 10 of the best night trains in Europe that still operate today: 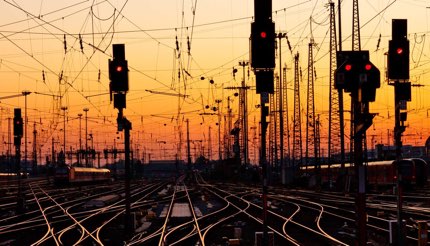 The Caledonian Sleeper is one of Britain’s best-loved trains. Rolling out of London under the cover of darkness, passengers can enjoy dinner and a few drinks in the classically-decorated dining cart before retiring to their cabin and then waking 804km (500 miles) away in Fort William, Scotland. Though much of the scenery is veiled by night, watching the sunrise over the Highlands is this journey’s greatest drawcard. 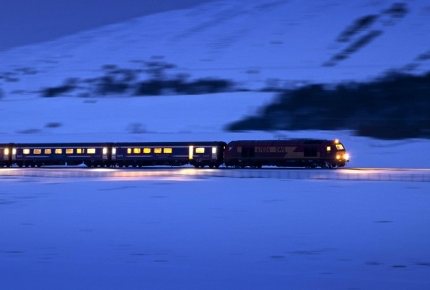 The Caledonian Sleeper speeding through the Scottish HighlandsVisit Scotland

A journey that slices through the heart of Europe, the Moscow-Nice train first departed the Russian capital in 1864 and was popular with tsars seeking sun on the Côte d’Azur. The curtain fell on the service during WWI, but was revived in 2010 and sees passengers enjoy the 2,607km (1,620 miles) journey that traverses eight countries – Russia, Belarus, Poland, Czech Republic, Austria, Italy, Monaco and France. A travel experience showered in history, the service leaves Moscow in the evening and pulls into Nice around 42 hours, and a lot of vodka, later.

Passengers boarding the Thello have the enviable opportunity to fall asleep in Paris and wake up in Venice, two of Europe’s most romantic cities. As you would expect from a train operating between these heavyweight gastro destinations, the service has a dedicated dining cart serving French and Italian fare. There’s also a short but sweet wine list, naturally.

An old faithful among inter-railers, this classic overnight service whisks passengers between two of Eastern Europe’s prettiest cities, Budapest and Prague. Rolling out of the Hungarian capital in the early evening, the service arrives in Prague bright and early the next morning. As you would expect, there are some spectacular views to behold both in the early evening and early morning, so enjoy them before departing one of Europe’s favourite sleepers. 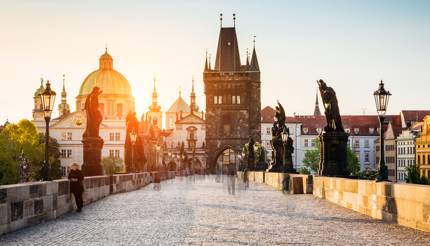 Hop aboard this sleeper service in the dark winter months and Norway’s breathtaking scenery will be completely wasted on you. Summer, however, is a completely different story with the midnight sun illuminating everything that is special about rural Scandinavia: shimmering lakes, scented pine forests and rugged mountains. This 7-hour train journey is a lesser-known gem and the cities at each end are another story altogether.

Attempting to send passengers back to the golden age of rail travel, the Madrid-Lisbon overnight service, operated by Trenhotel Lusitania, is the closest you’ll come to an authentic railway nostalgia trip. With a suite of luxury class cabins that emulate the first-class experience of a bygone era, passengers can enjoy private showers and marvel at the fact that it still takes less than 11 hours to travel from Madrid to Lisbon by train.

Run during the summer between June and August, the Berlin Night Express links the German capital with the city of Malmö in Sweden. One of the most interesting aspects of this journey is the train boarding a ferry to cross the Baltic Sea, something that passengers will be able to boast about when discussing their most unique travel experiences. Offset by the spectacular scenery one will encounter en route to Sweden, this journey is as beautiful as it is unique. 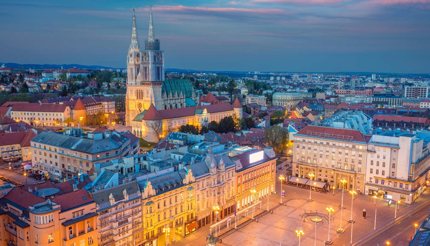 Passengers have plenty of time to wine and dine in the Croatian capital before hotfooting it to the Dalmatian Coast on a late-night sleeper train. Typically departing at around 11pm, passengers can get a good night’s sleep and then wake up early to catch a glimpse of Croatia’s little-explored countryside at sunrise before pulling into the coastal town. The service runs daily, and will see you arrive in Split just in time for breakfast on the seafront. Alternatively, you could catch an early ferry to the popular islands of Brač, Hvar and Šolta.

Connecting two of Europe’s biggest party towns, the nightly train from Prague to Krakow slips silently away from the bars and clubs northwards across the vast Czech countryside. While some much-needed R&R may be the order of the evening, the cosy 4- or 6-berth cabins encourage sociability so you may find the party atmosphere following you along the tracks.

Snaking along the laces of Italy’s shoe-shaped peninsular, this scenic 12-hour night train from Rome to Palermo is perhaps the most romantic way to experience the country’s southern region. Slumbering passengers are woken by a gentle thud as the train boards the ferry to cross the Strait of Messina into Sicily – the perfect backdrop for breakfast as the sun rises lazily over the Mediterranean. 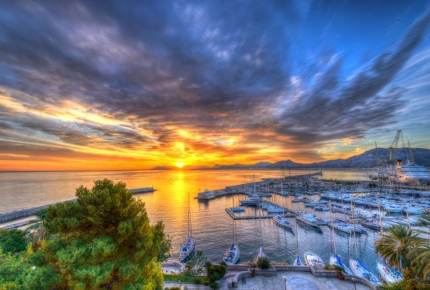 Depart Rome at night and wake up in Palermo, SicilyBargotiPhotographt / Thinkstock